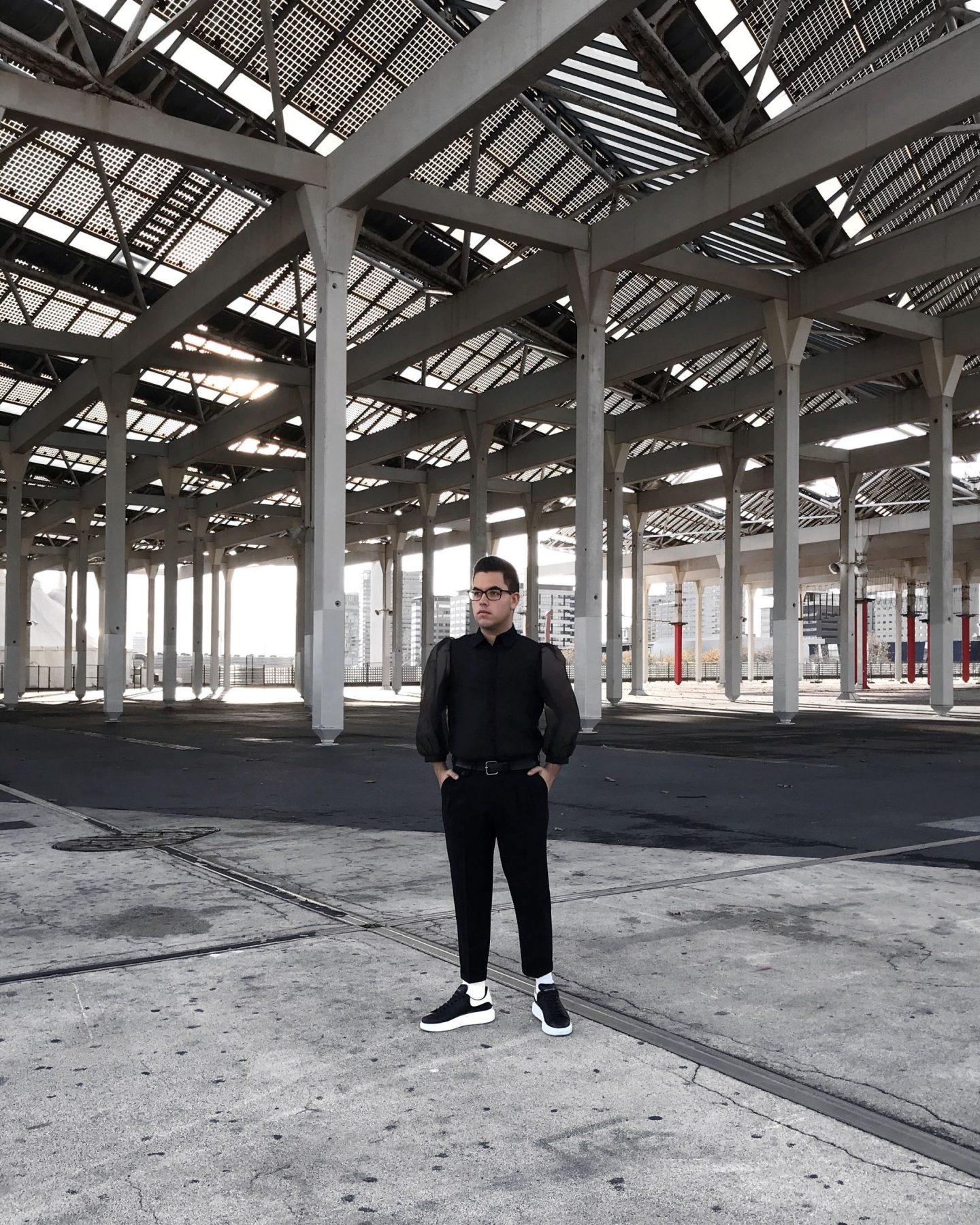 Recently, we have seen a lot of presence of gender fluid fashion in well-known ceremonies such as the Oscars, the MET Gala or even the VMAs, where celebrities like Billy Porter, Harry Styles or Jonathan Van Ness wore non-binary outfits. Female artists like Billie Eilish have also adopted a neutral style by wearing baggy streetwear pieces. This may be a reflection of where the fashion industry is going when it comes to gender, but is the world actually ready for gender fluid fashion?

It is important to know when this change started. In ancient times, the Greek used to wear clothes which could not be easily attributed any feminine nor masculine qualities. However, this changed throughout history. In fact, in decades such as the 50s, the limitations on what a man or a woman could wear were very rigid. As an opposition to this, androgynous fashion made its appearance in the 60s/70s. One of the most important figures was David Bowie, who “would use music and fashion as a means of self-expression through his personas like Ziggy Stardust, Aladdin Sane and the Thin White Duke”, according to The Business of Fashion.

Designers started to blurry the boundaries between femininity and masculinity too. For example, Saint Laurent introduced a tuxedo for women, which “was not an exact copy of the men’s tuxedo. He used the same codes but adapted it to the female body”. Even though neutral fashion has mainly focused on adapting menswear to women, designers such as Jean Paul Gaultier tried to break the rules in the opposite direction. With his collection When God Created Man, he presented a series of tailored skirts for men.

Society, however, did not widely incorporate these changes into the style of the time. At least that was not the case for men, who have always been afraid of losing their masculinity when adding typically feminine pieces of clothing to their wardrobes. Nowadays, society is different to what it used to be. A whole new spectrum of identities is now more visible, including transgender and non-binary people. These identities rely on fashion in order to show who they are and create their own personal image.

As a consequence, “the world’s more forward thinking fashion brands have become increasingly eager to attract a new, young audience which views gender with more fluidity than generations prior”, wrote Zak Maoui for British GQ. For example, Alessandro Michele has created several collections for Gucci that mix traditionally perceived feminine and masculine features. A more recent campaign also introduced Gucci’s Mémoire d’une Odeur, described as “a perfume not assigned to a gender or a time”. Louis Vuitton’s SS19 women’s collection by Nicolas Ghesquière is an example of this as well. Similarly, Virgil Abloh, creative director of LV’s menswear, has dressed some female celebrities such as the Kardashians. This shows an on-going change in how fashion is conceived with regard to gender.

New designers are also experimenting with gender fluid fashion. Harris Reed, student at Central Saint Martins, “dresses himself to invite the looks and stares, to blur the preconceived fault-lines people have about gender and sexuality”, as stated in his website. His designs, which are highly inspired by society and politics, have caught the attention of Harry Styles and Alessandro Michele among others. Harris’s creations could be considered a beautiful mixture of romanticism and glam rock.

In Spain, one of the main labels to incorporate fluidity is Palomo Spain, founded by Alejandro Gómez Palomo. The pieces he creates are defined on his website as “a fusion of men’s tailoring techniques and feminine lines”, which shows Alejandro’s view of what masculinity is. The brand gained popularity when Beyoncé announced her newborn twins wearing one of his dresses. Since then, his work has been presented in cities like Madrid, New York and Paris, where it has been widely acclaimed.

High street brands have given gender fluid fashion a go several times. In 2018, ASOS presented a new unisex brand called Collusion. Its six collaborators create clothes that can be worn by everyone, no matter what gender or size. Zara and H&M also tried to implement fluidity into their collections by presenting Ungendered and their collaboration with Eytys, respectively. Even though the effort these brands are making could be a way of benefitting from an increasing market opportunity, they are still making gender fluid fashion more affordable for everyone. Unfortunately, the problem is not completely solved, as these collections are available only in either the men’s or women’s section of their stores. This way, consumers still need to make a choice between one or the other despite their non-binary identity.

Gender fluid identities have been introduced in new TV shows recently. For example, Lachlan Watson is a non-binary actor who plays a non-binary character in The Chilling Adventures of Sabrina. Euphoria, available on HBO, is a TV show that represents quite accurately today’s queer society. Among their characters we can find Jules, a transsexual person played by Hunter Schafer, and Rue, who is played by Zendaya and tends to wear clothes that would typically be considered menswear. In one of the episodes, fluidity is represented thanks to Rue since she wears more feminine clothes to a party, even though she might not feel as comfortable as usual.

Going back to the question at the beginning of this article, it is probably sensible to say that society is ready for the change, although some stigmas should still be broken. Gender fluid fashion is probably helping new non-binary identities be more comfortable with what they are, how they feel and how they showcase it. In any case, there is a lot of room for improvement in terms of how brands present their fluid collections. It will be interesting to see how everything evolves in the future, especially in the fashion industry.