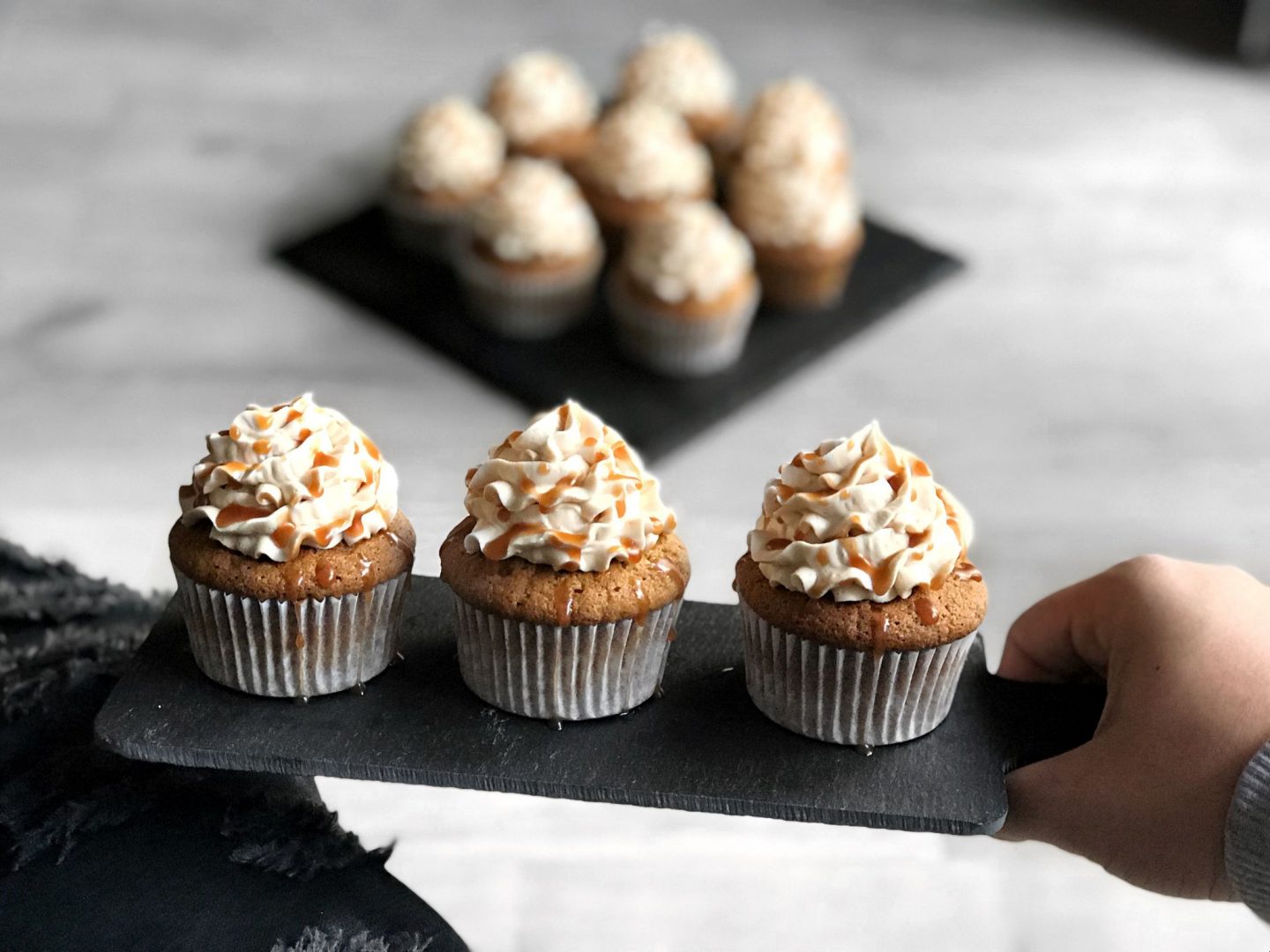 I know you are all probably trying to be as healthy as possible after Christmas. However, baking is one of my favourite things to do, which is why I really wanted to bake some delicious cupcakes. In fact, it’s been a while since I last made some, so why not? The hardest decision to make is which flavour you’re going for though. There are so many different recipes and all of them are mouthwatering. Despite that, I had one in mind that I knew I would love.

When I went to London last summer, I tried the best cupcakes I’ve ever had. They were from Crumbs&Doilies, which is CupcakeJemma’s shop in Soho. In fact, I even talked about it in a post back then. The thing is that my favourite cupcake was the Salted Caramel one, so I thought I could try to make some myself. I basically followed Jemma’s recipes, which are available on her channel.

Let’s start with the sponge. You will need 125g self-raising flour, 50g dark soft brown sugar, 75g caster sugar, 1/4 tsp bicarbonate of soda, a pinch of salt, 125g soft unsalted butter, two large eggs, 1/4 tsp vanilla extract and one and a half tablespoons of milk. First of all, pre-heat the oven to 170 degrees Celsius. Then, sift all the dry ingredients together into a big mixing bowl. Add the butter and eggs and beat everything together. Once you are done, add the milk and vanilla extract. Now put the mixture into your cupcake cases and bake them for about 22 minutes. Mine took a little bit less than that, just make sure your skewer comes out clean. Leave them to cool. 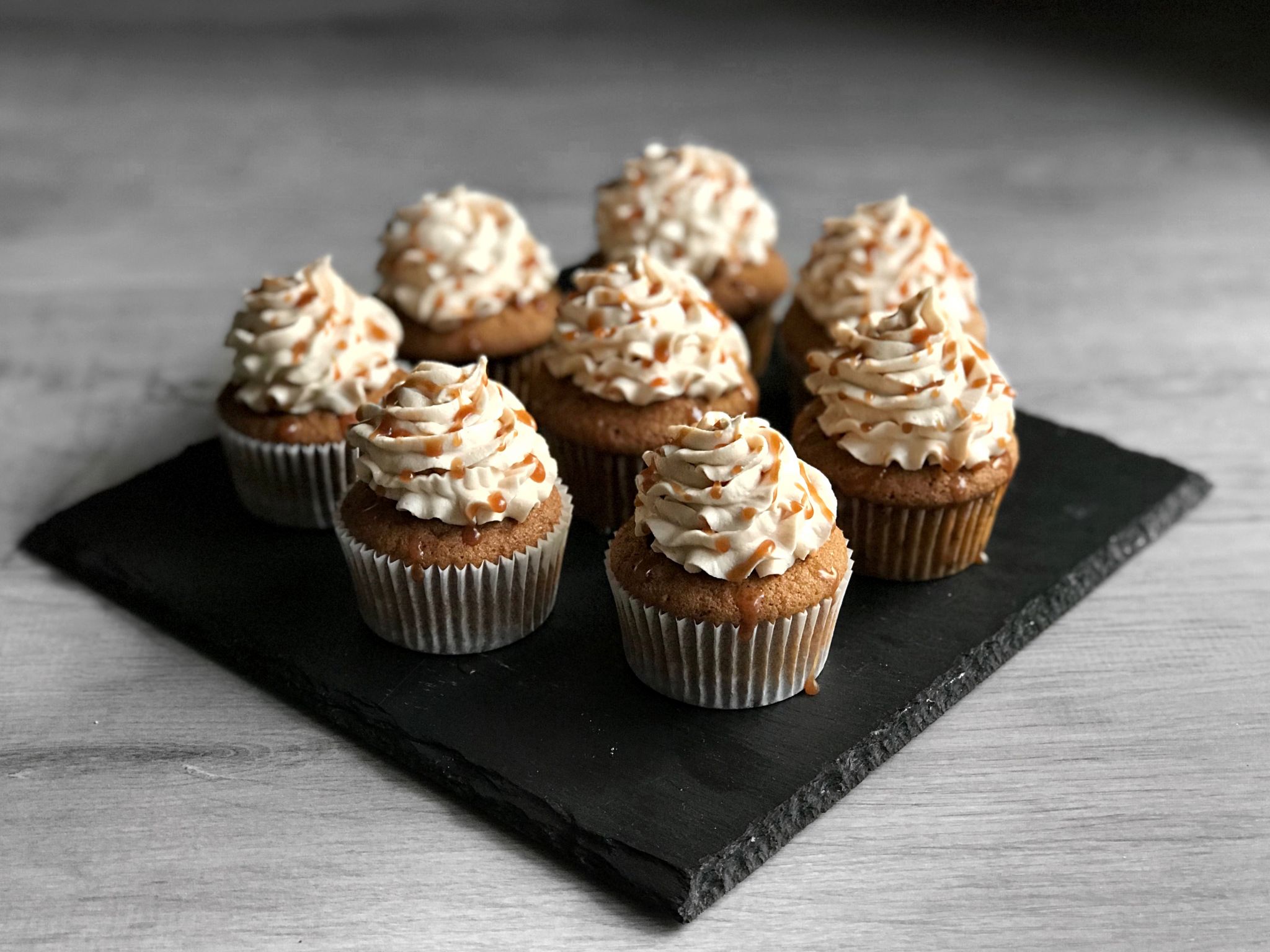 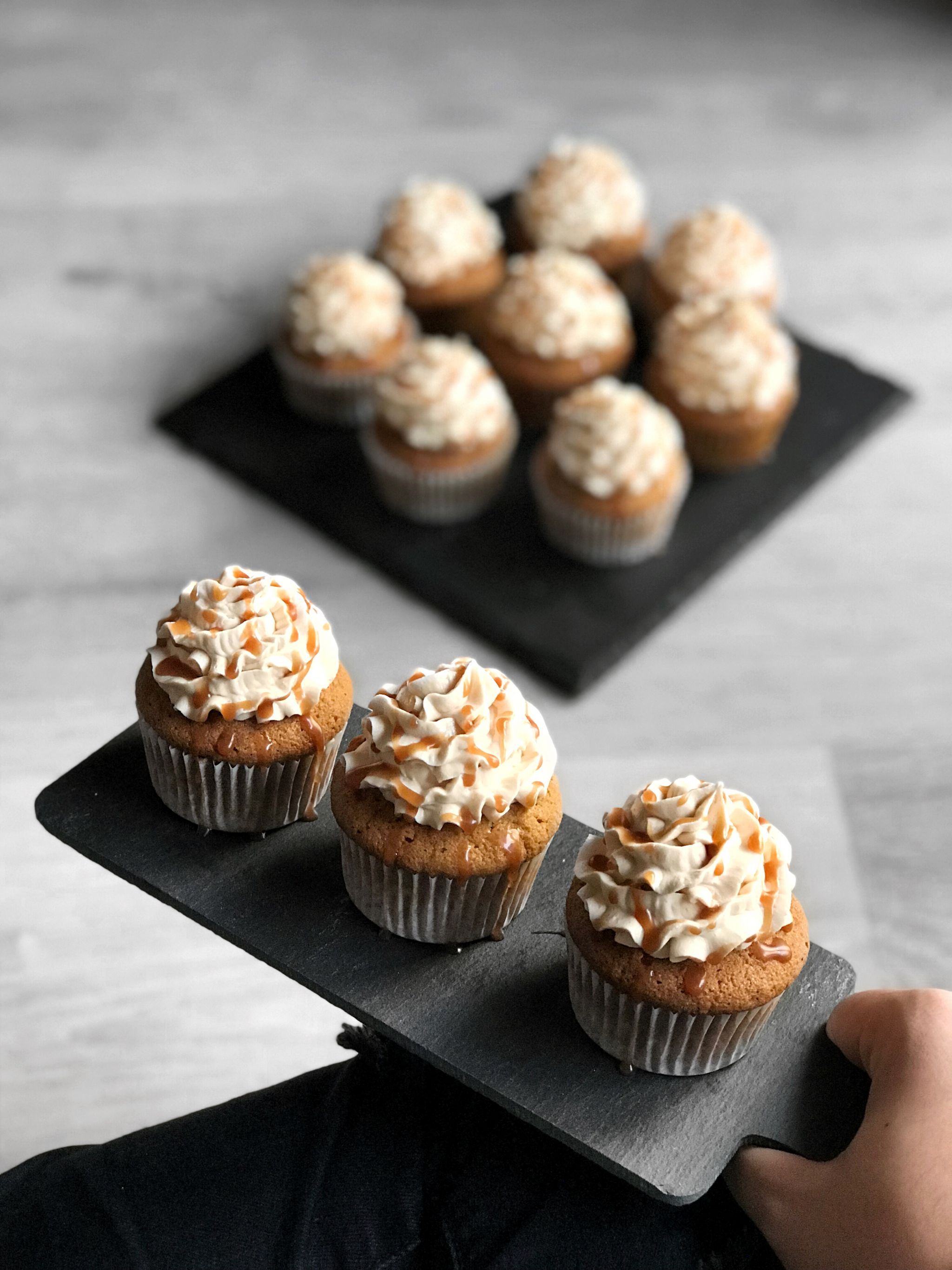 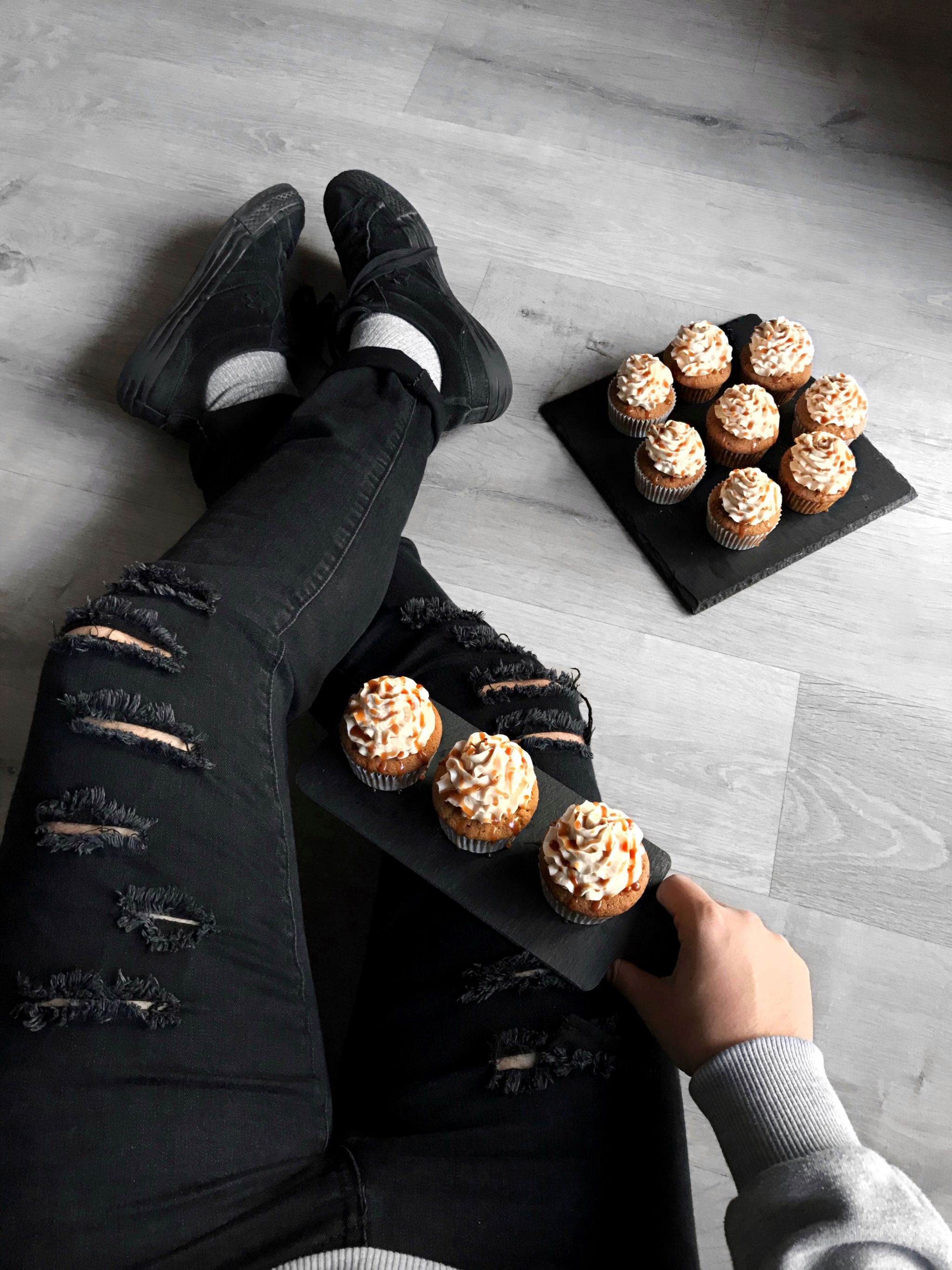 For the buttercream, you’ll need to make some caramel first. It is very easy but you’ll have to be very careful and prepare all the ingredients ahead. You’ll need 150ml water, 250g caster sugar, 250g double cream and a teaspoon of vanilla extract. Put the water and sugar on a sauce pan and bring it to the boil, but on a medium heat. It’s important that you don’t stir so that the sugar doesn’t crystallise. Once it reaches an amber colour, remove it from the heat. Add the double cream (with the vanilla extract already in it) on a slow and steady stream while stirring. Leave to cool completely.

Now that you have the caramel, you can move on to the buttercream. The ingredients you’ll need are 200g soft unsalted butter, two teaspoons of salt, 320g icing sugar and a quarter of the caramel that you’ve already made. You can use the rest of the caramel to fill the cupcakes or to drizzle on top of them as I did. Start by beating the butter and salt until it’s pale and fluffy. Add the icing sugar a bit at a time till it’s all incorporated and then add the caramel. Once it is ready you can pipe it on top of your cupcakes and decorate as you want.

What do you think about them? I must say that even though I love how mine turned out, the ones from C&D were even better. If you like salted caramel as much as I do, then you need to bake these asap anyway (or buy some at least haha). I would also like to know if there is any other flavour I should try in the future or that you want me to bake. Please let me know in the comments or contact me on my social media.