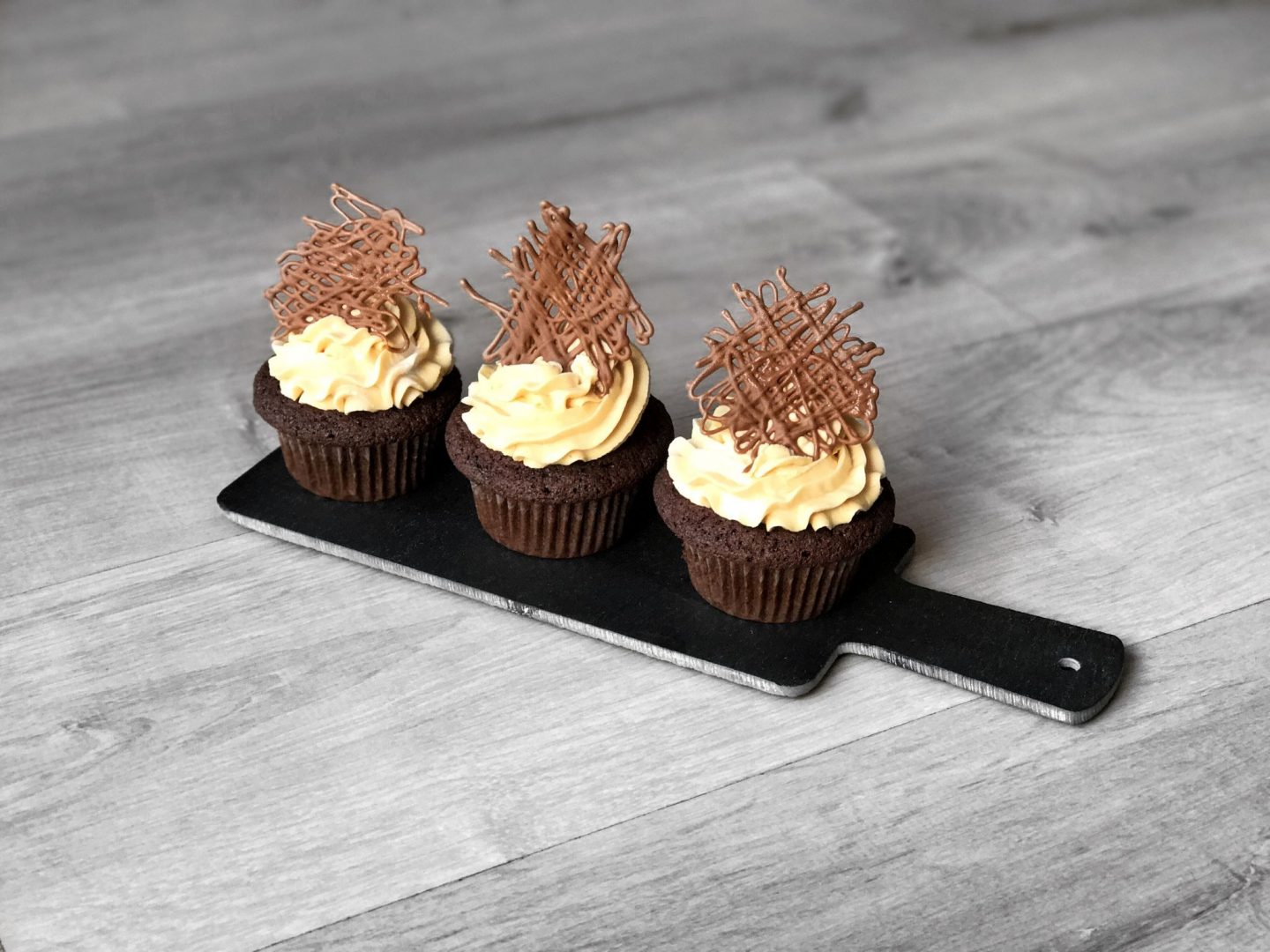 These past two weeks have been very stressful. It has been very difficult for me to study and work at the same time, as I’ve had to get ready for my final exams. Basically, I hadn’t got much time to do anything else apart from that. For this reason, I have been treating myself with some unhealthy food, including a lot of chocolate. This has to end now that I have finished, but I decided to end it properly with some cupcakes, as I am going to be eating healthy food again from now on. I wanted to try a new flavour, and I ended up making these delicious chocolate peanut butter cupcakes.

I thought about many ways in which I could incorporate chocolate into the recipe and I actually found many interesting options. However, I thought I would keep it quite simple and I ended up making some chocolate cupcakes. They are actually the same one that I used for my Ferrero Rocher cupcakes (here), so you can check out the recipe there. They are super easy to make and they are also delicious, so why wouldn’t I bake some?

Okay, we already have the cupcakes but we still need to add some peanut butter on them. The best way to do that is using a peanut butter buttercream. The ingredients you will need for it are 100g butter, 200g icing sugar, two tablespoons of peanut butter and a tablespoon of milk (if needed). Once you have all these ingredients, it is time to beat the butter until it is pale and fluffy. I would recommend that you do that for about five minutes, so that it has a good consistency. Remember that the butter should be at room temperature, otherwise, it will be quite hard to beat and the buttercream won’t be as soft. Then it is time to add the icing sugar. Do this a bit at a time if you don’t want icing sugar everywhere. Once everything is well combined, add the peanut butter and mix again. If you do this and the buttercream is a bit too thick, you can add a tablespoon of milk or two if you want. It is all about getting that delicious creamy consistency, as it will be more pleasant for us and also easier to pipe. 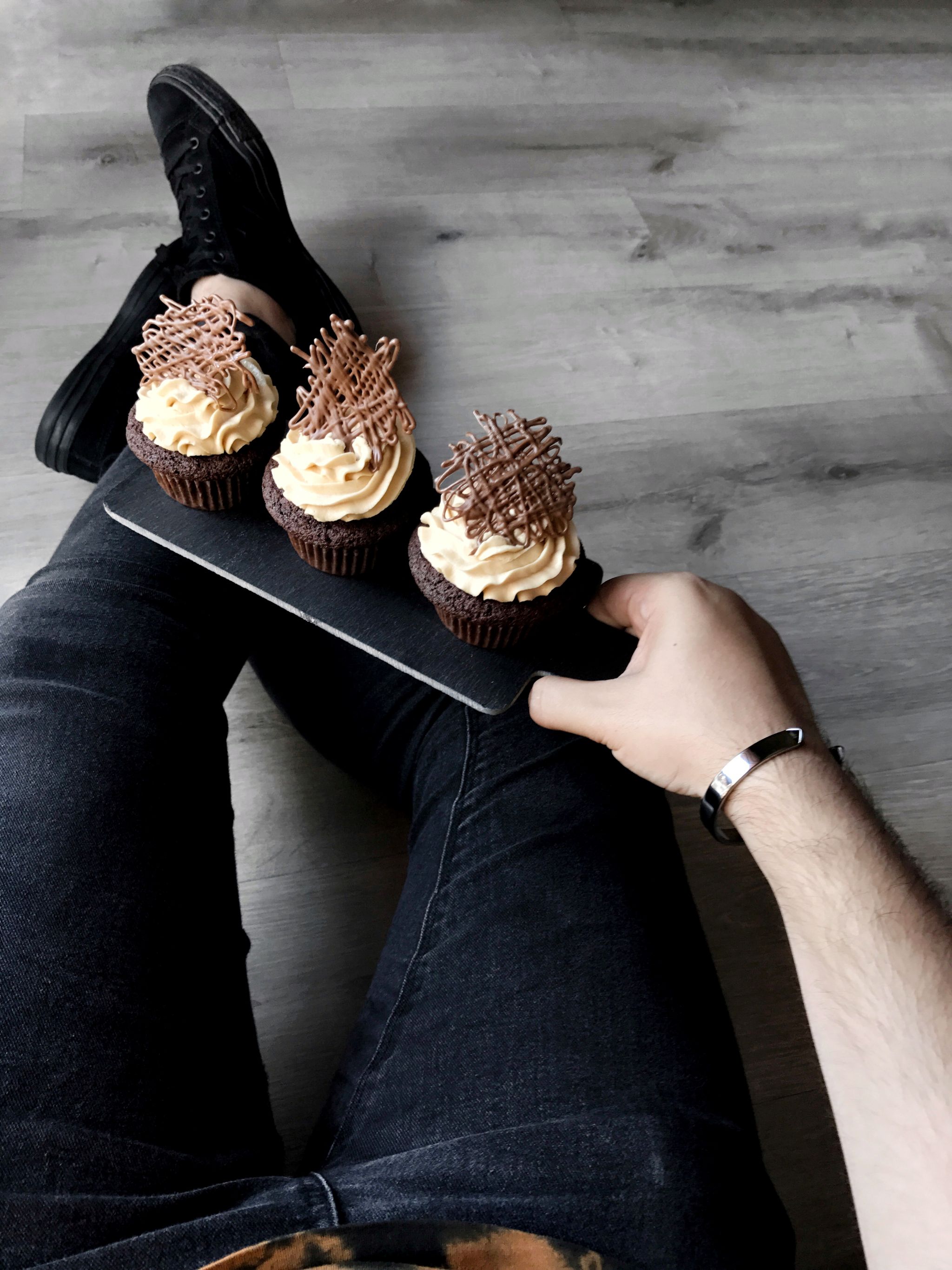 I decided to pipe the buttercream using a piping bag and a nozzle, but you can spoon it on top too. On top of this, while the icing was still soft, I added some fancy-looking chocolate shapes that I had prepared. To be honest, they did not turn out too well, because as soon as I took them out of the freezer they started to melt. This is because I only melted the chocolate, piped it on some parchment paper and  froze it. I should have tempered the chocolate, but it is a long process and I am very lazy to be fair. Maybe next time.

What do you think about the recipe? It has been a while since I last shared a recipe with you, so I was quite excited for it. The cupcakes were really good, and I say were because my family has already eaten them all. Don’t forget to let me know if you bake them too! You can tweet me a picture or tag me on Instagram so that I can see the result, as well as using the hashtag #zoelhernandez. Also, tell me if there is anything that you would like me to bake in the future.