Everybody in the world must’ve heard of Star Wars at least once, as it is a very well-known universe. In fact, we can find huge fans of the trilogies that sometimes do some amazing things. I am really sorry to say this, but I have never been a big fan of Star Wars. Don’t get me wrong, I really like it and I’ve enjoyed all the films that I have watched. However, it is not my cup of tea, as I usually like more realistic films. What I’ve always found fascinating is the amount of merch that you can find, including the perfumes that I am going to show you today.

First of all, even though these fragrances are not expensive at all, the packaging is probably one of the nicest packaging that I have ever seen. It looks so fancy. Basically, it is a kind of book and, in fact, it has two or three pages inside describing one of the characters in the films. It also includes a little description of the scent in it. I’ve had the opportunity to try two of these fragrances, which are Droid and Revenge. Each bottle has a different design. The first one is silver, and I personally find it really beautiful, as it also makes it feel quite luxurious. The second one is black, but the letters have a colourful reflection, which I also think looks quite cool.

Now lets talk about what really matters when it comes to fragrances, which is their scent. Revenge has a very strong smell, and it is quite woody. That’s probably the reason why I don’t like it as much as Droid. The scent can be considered quite traditional, even though it also has a fresh touch that adds a bit of modernity to it. It reminds me of my father’s perfumes, which is why I would recommend it for older people, or for special occasions such as an important dinner or meeting in the evening. 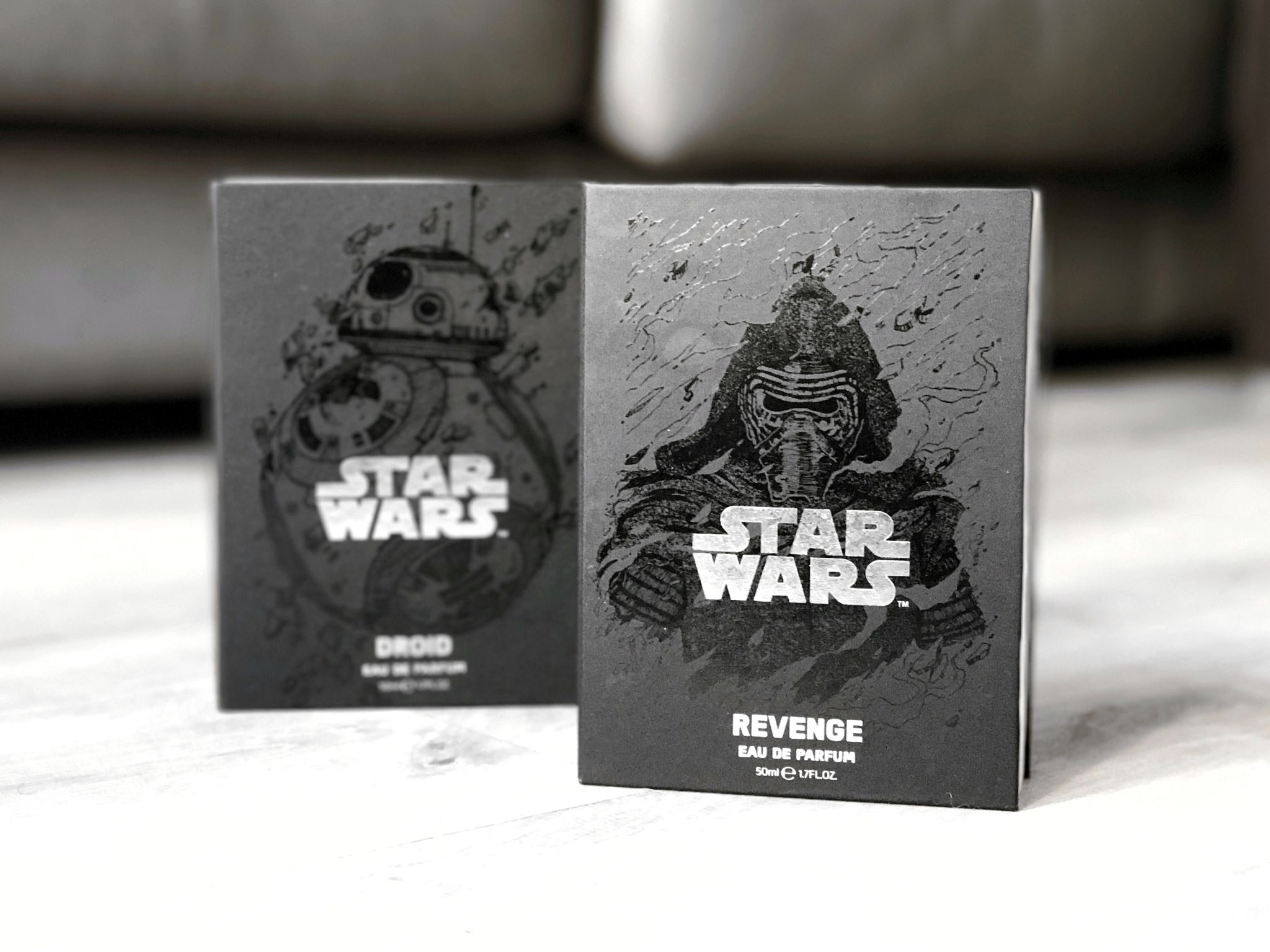 I must say that the other one, Droid, is my favourite one out of the two. What I like about this one is that it is much lighter compared to Revenge. The scent has some citric and floral touches, which makes it a fresh fragrance. Because of this, I think it is perfect for spring and maybe also summer, and I am definitely going to be using it quite a lot. I also think it is unisex, so it can be perfect for both men and women. I would recommend it for young people because of how fresh it is, although it would be perfect for almost anyone.

I hope you found this post interesting, and I hope you try these perfumes, as they’re quite good considering their price. They also last for a long time, which I personally found very surprising. If you are interested in them or any other fragrance of the same collection, you can buy them on KeepMe’s website (here), on Amazon or on Fragrance Direct. Have you tried them already? Are you fans of Star Wars? Let me know the answers down below and also which fragrances you normally use and which ones I should try.