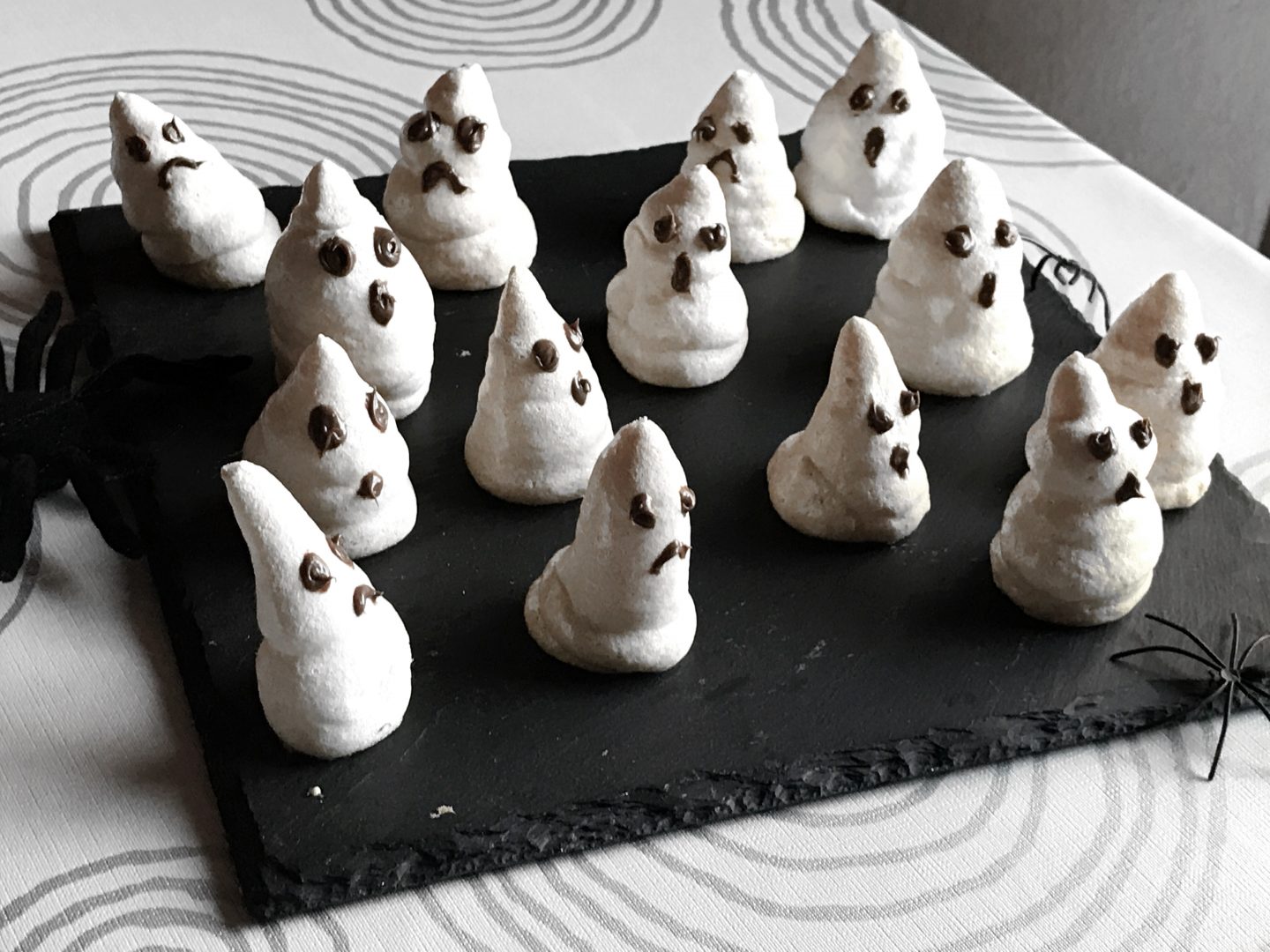 Halloween is here! I must admit that I am not very excited about it this year, as I am already excited about Christmas, but I thought that it would be nice to celebrate it somehow. As one of my favourite things to do is baking, I decided to bake some meringue ghosts Cupcake Jemma made last year for a video (here).

To be honest, I have not been successful at this. I tried it once and my mixture wasn’t right and they melted in the oven. The second time I made it, the mixture was better but still not as sticky and marshmallow-y as Jemma’s. However, I managed to bake the meringues and decorate them, as you can see from the pictures. 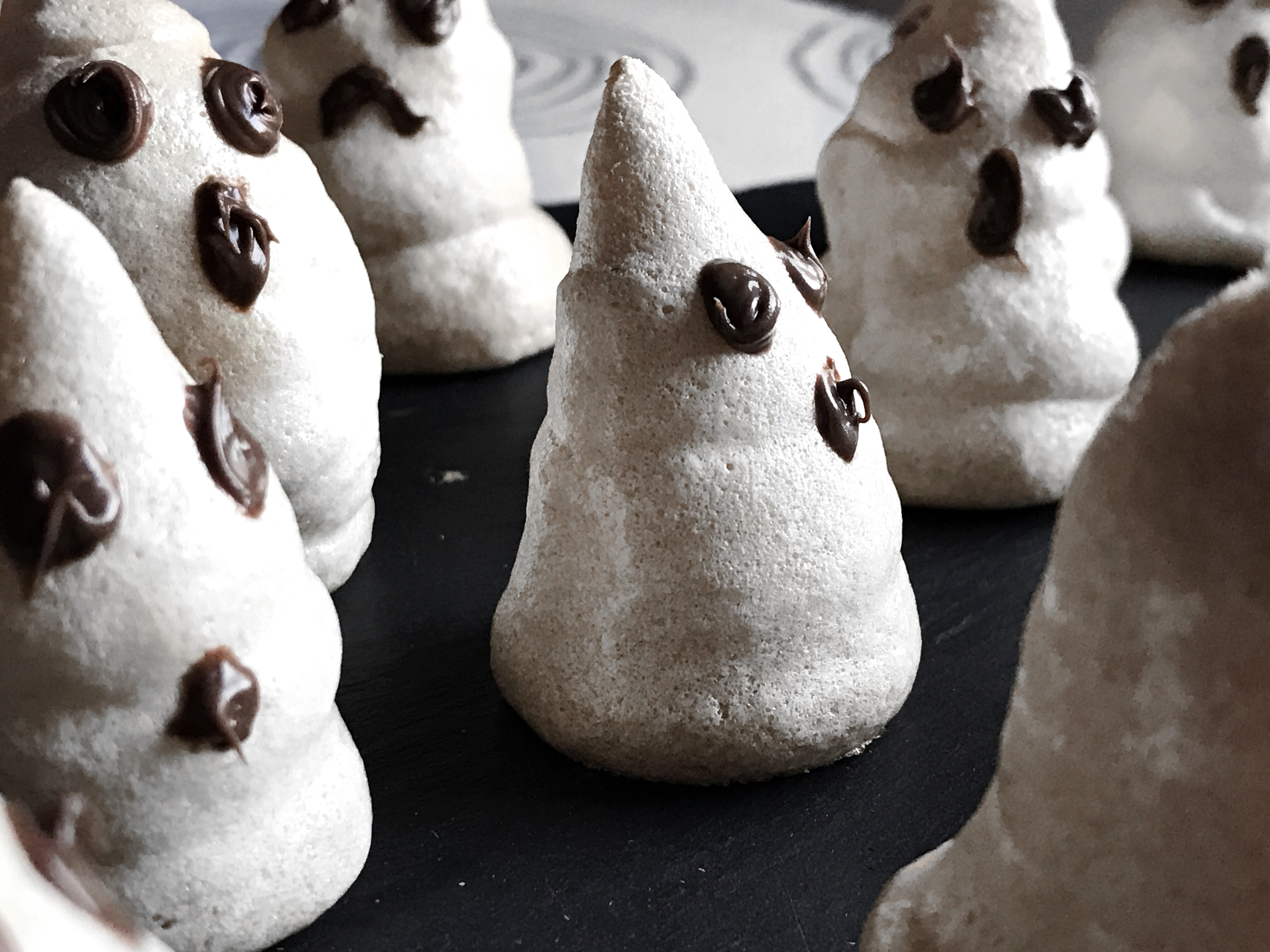 ﻿Despite they looked more or less okay, they started to melt once they were cool. I still can’t figure out what I did wrong, as I followed the recipe step by step. Even though, I was unsuccessful, I decided to share the recipe with you because I think you should also know when I fail. I don’t want to share with you only what turns out well. 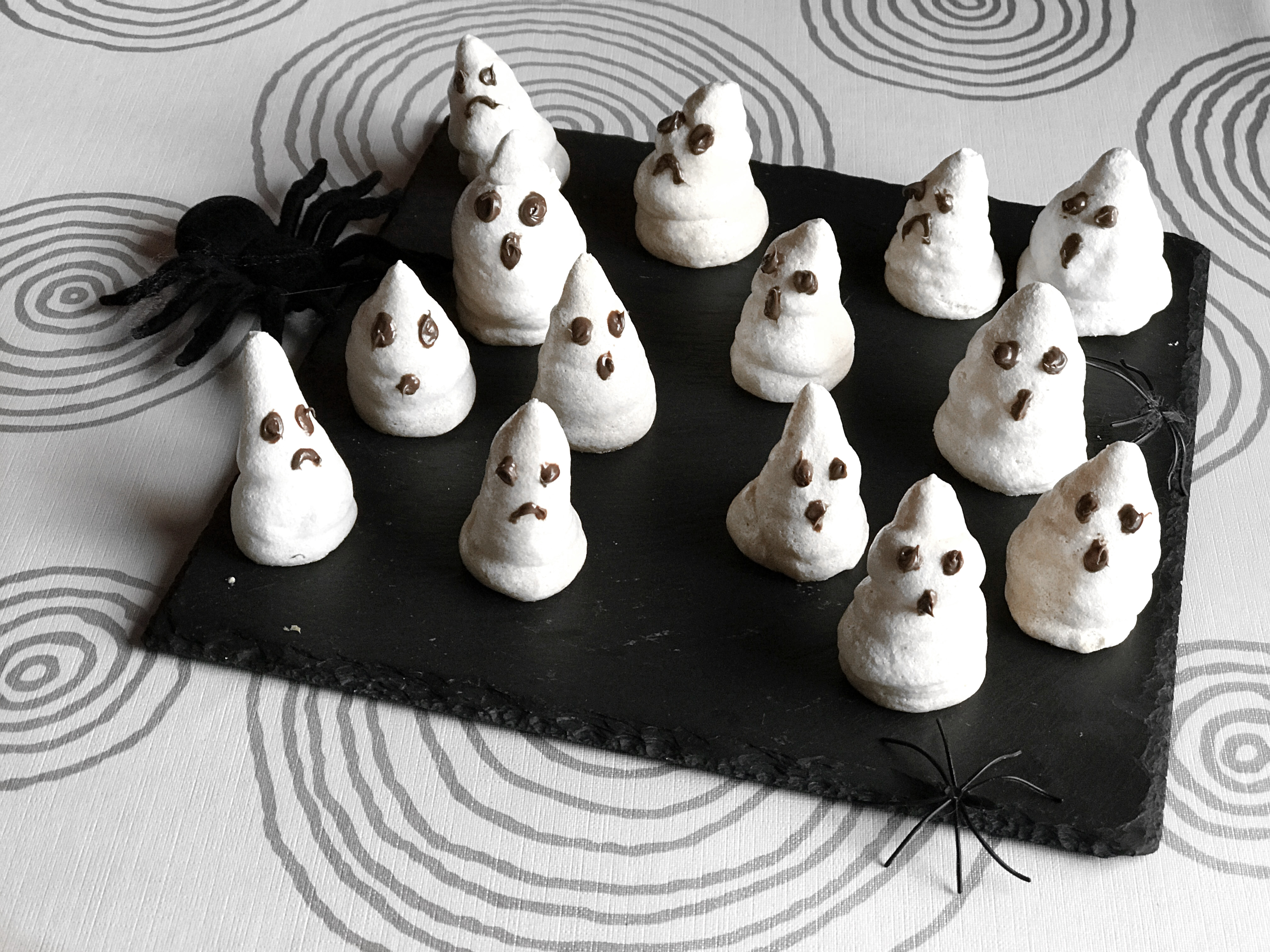 First of all, you need to wipe all your utensils with some vinegar to remove all the grease they can have. Then, using a hand mixer or KitchenAid (it’s just too difficult to do it using your muscles haha) whisk the egg whites. Start with a low speed and then change it to a mid-high speed. Don’t stop until you’ve got a stiff peaks consistency.

Now it’s time to add the sugar in a spoonful at a time. Make sure to mix it all well before adding another spoon. Once you’ve added all the sugar, keep mixing for around five minutes. Make sure all your sugar has melted by rubbing a bit of the mixture between your fingers. Once it’s nearly there, add the vanilla extract and salt. 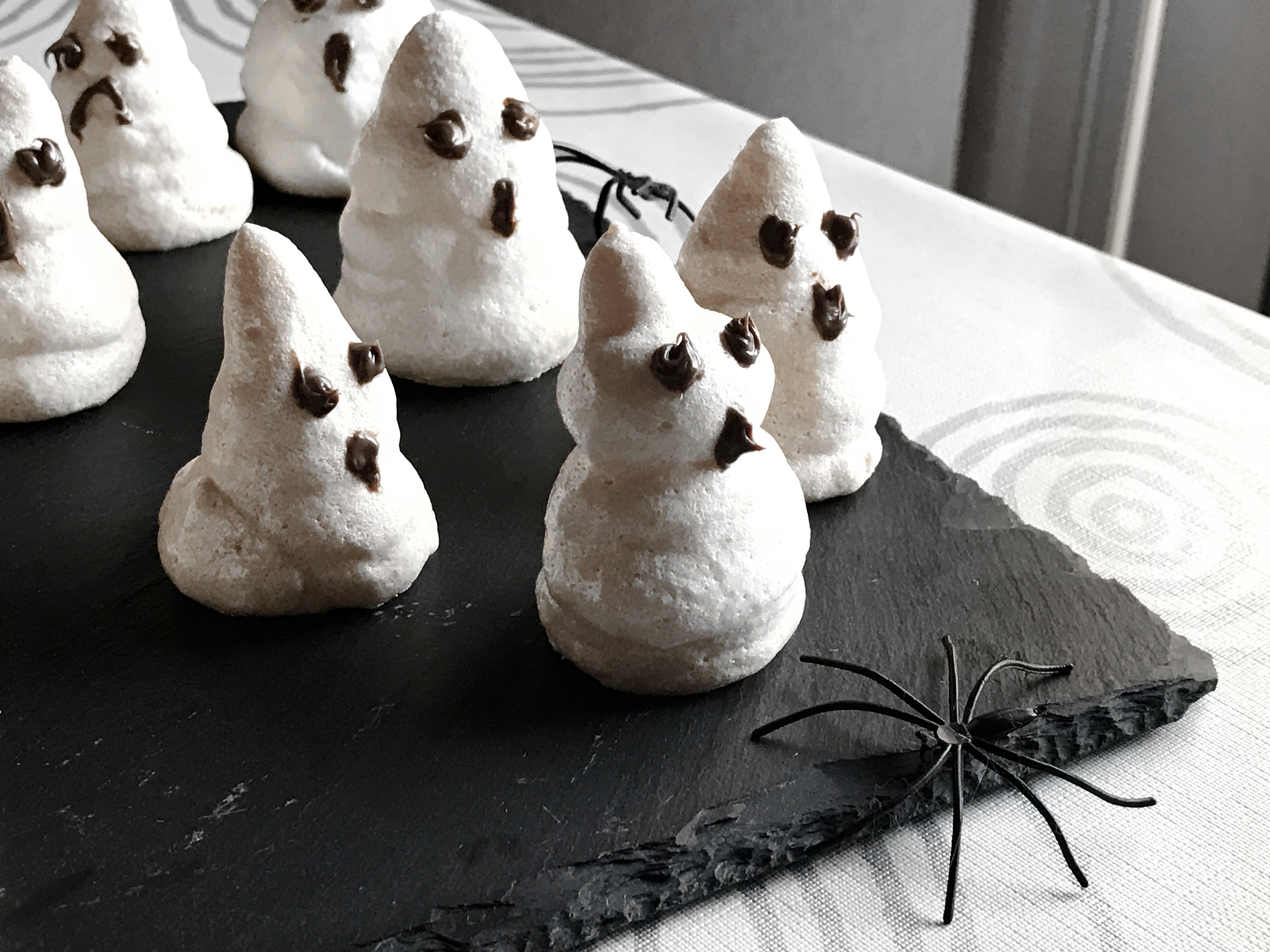 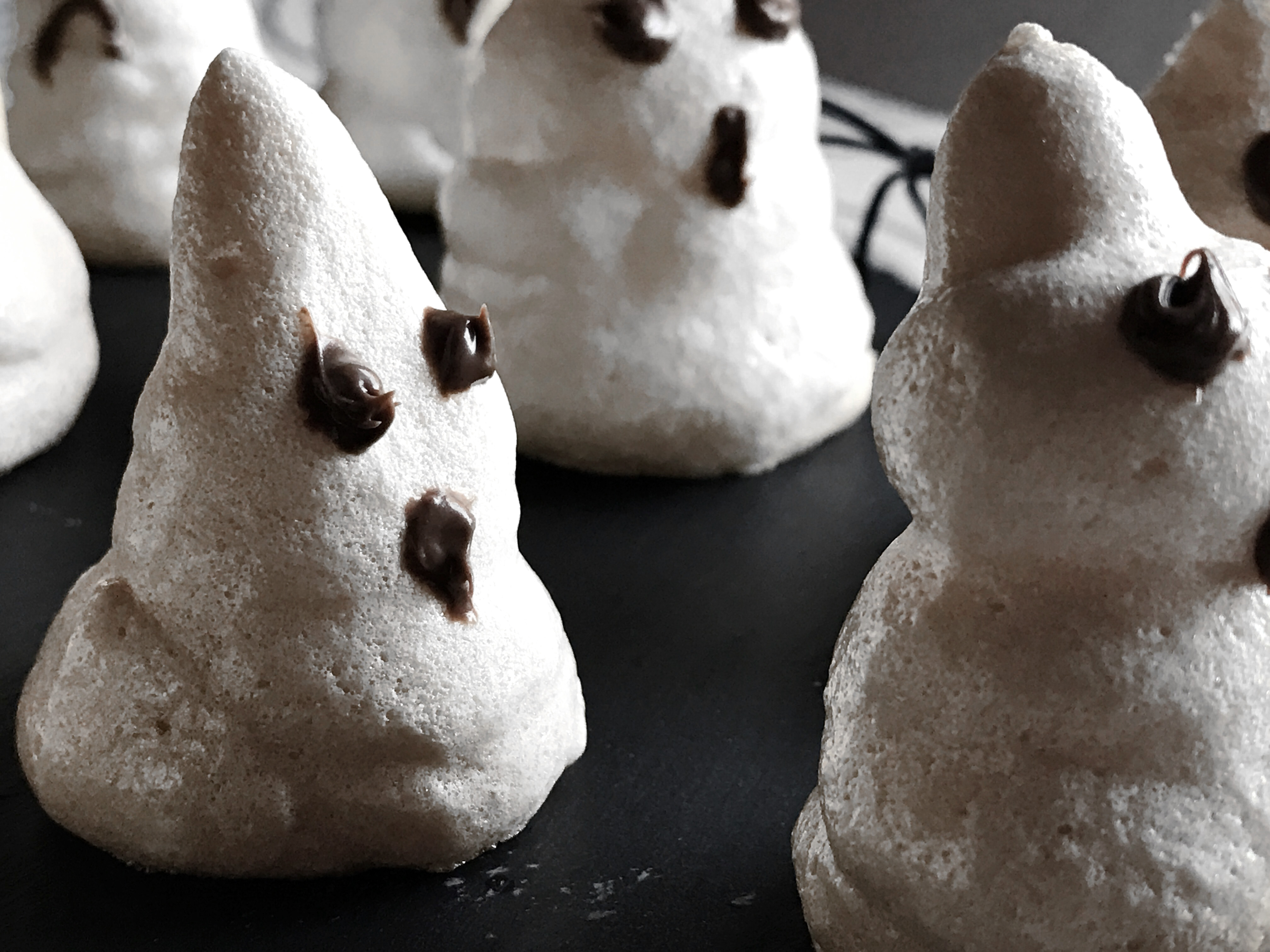 Using a piping bag with a large round nozzle, pipe your meringue mixture onto a lined baking tray. Your oven should have been set up at a 150 degrees Celsius, but at soon as your meringues are in it, turn it down to 100 degrees Celsius. Bake them for around 30-40 minutes or until they come away from the paper easily. Then draw some faces on them once they are cool. You can make this with black royal icing, but I used Nutella because I love it! 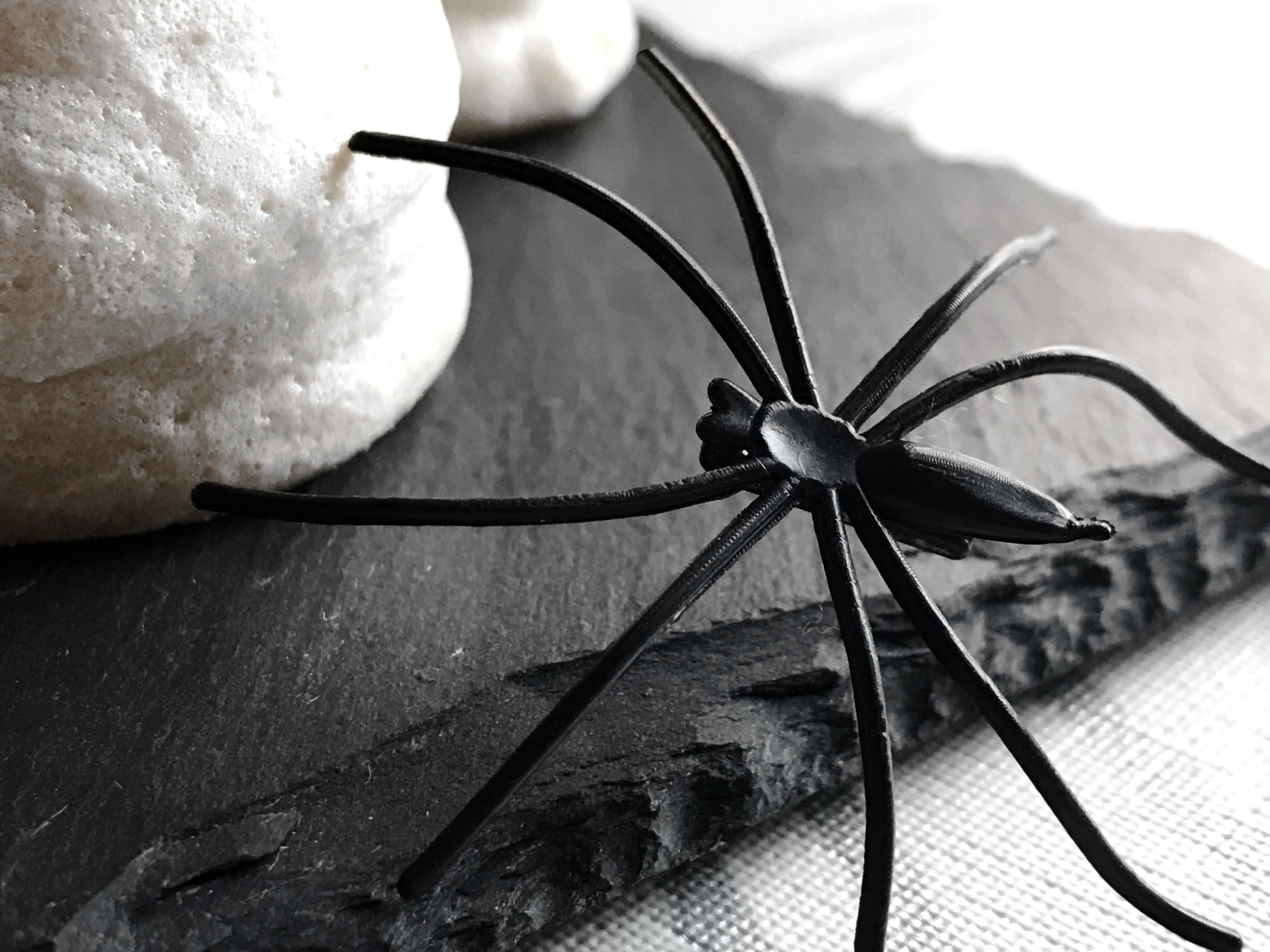 Make sure to watch Cupcake Jemma’s video too. Hopefully yours will turn out well! I will try again in the future until I can finally make proper meringues. It is very frustrating not being able to eat them afterwards! Also, let me know in the comments if you are good at baking them! HAPPY HALLOWEEN!