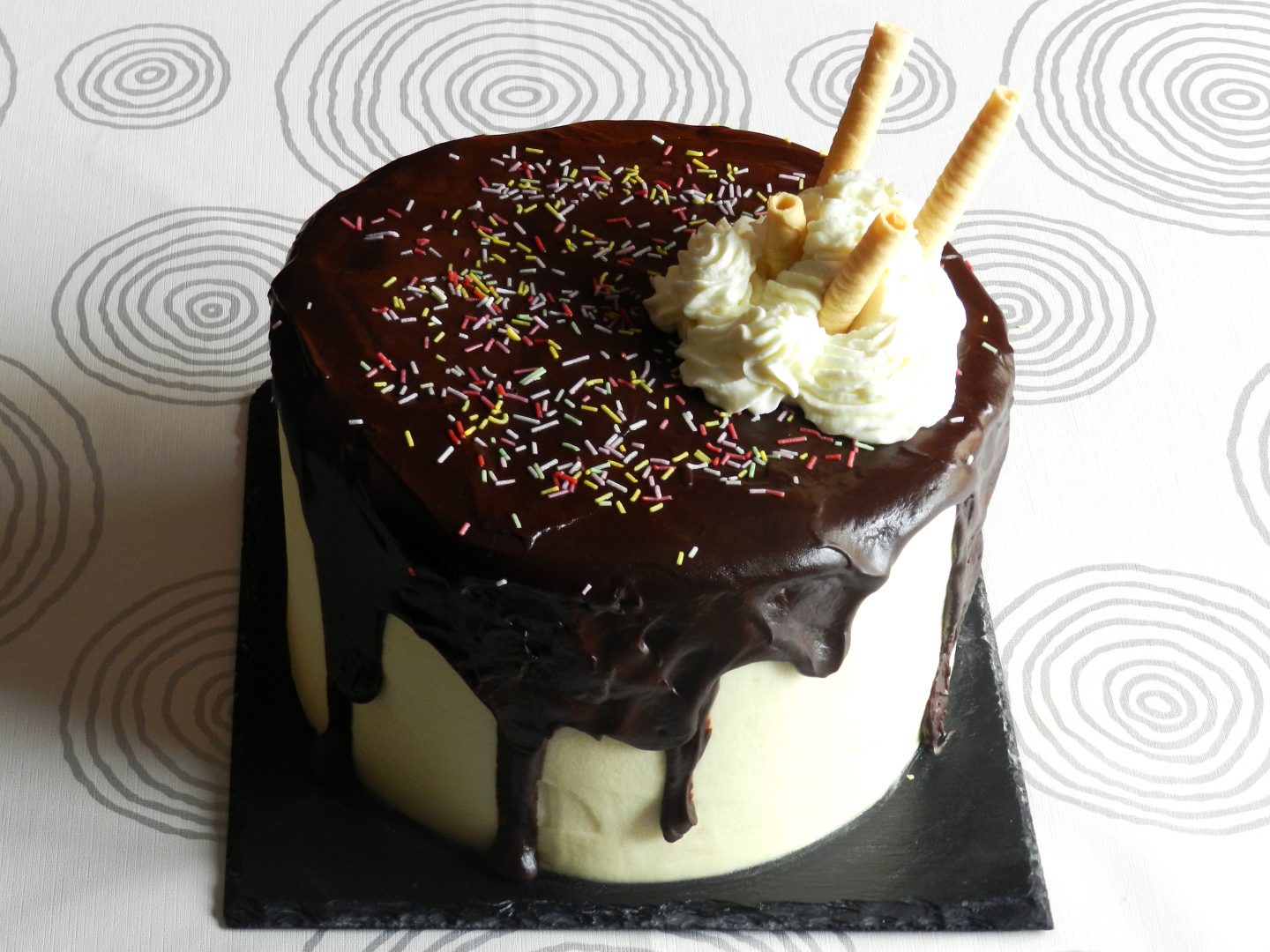 As it was my first time, and I am not a professional, I wanted to do something quite simple but impressive at the same time. For this reason, I chose to make a plain vanilla sponge. Well, I made four of them, which took me a while because I only had one tin of that size (you’d better have at least two, so that you can bake them quicker). If you want, I can share with you my recipe in the future in another post. 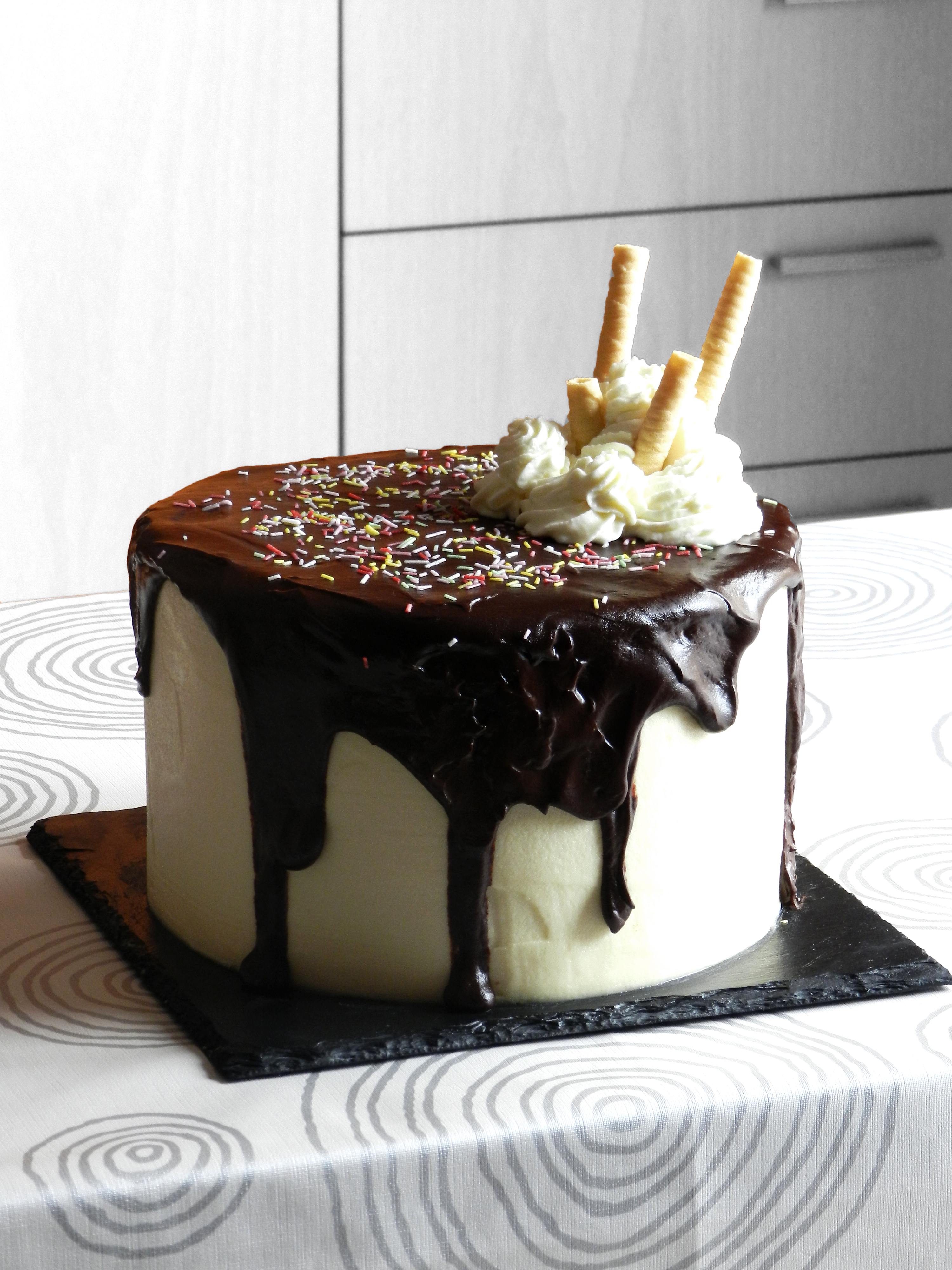 Then, I made a vanilla buttercream, not even a Swiss buttercream, which I’ll probably try next time as it’s my favourite. It is probably the easiest one to make, but it tastes really good anyway! You can find the recipe here.

Now it was time for the fun part. I had to cut the sponges – I cut the borders and the top bit, and then made a hole with a cookie cutter in the middle of three of my sponges. I made this hole because I wanted it to be like a piñata cake (I got my inspiration from this video). You need to put your sponge on a turntable. I didn’t have one, but I used my microwave plate. It is not as useful, but it worked! Then fill in with buttercream, add another sponge, buttercream, sponge, until you’ve got them all one on top of the other. 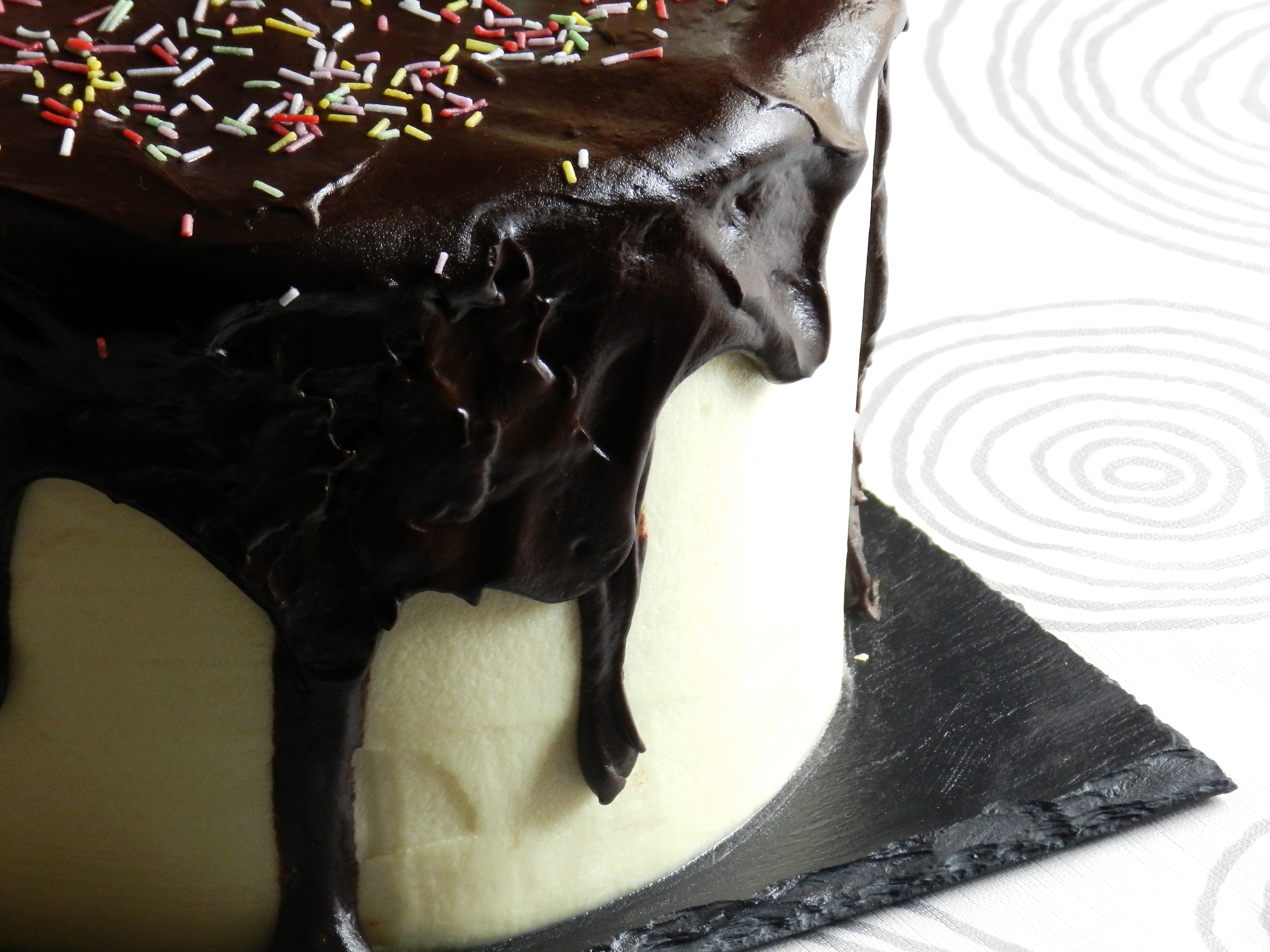 After that, you need to cover it all with buttercream, scrape it and put it in the freezer for 30 minutes. Next, you should take it out and add another layer of buttercream, making it look nice. After that, I made a dark chocolate ganache, which turned out to be too thick. However, I poured it over the cake and it finally looked better than I thought (remember that this was my first time doing this haha). 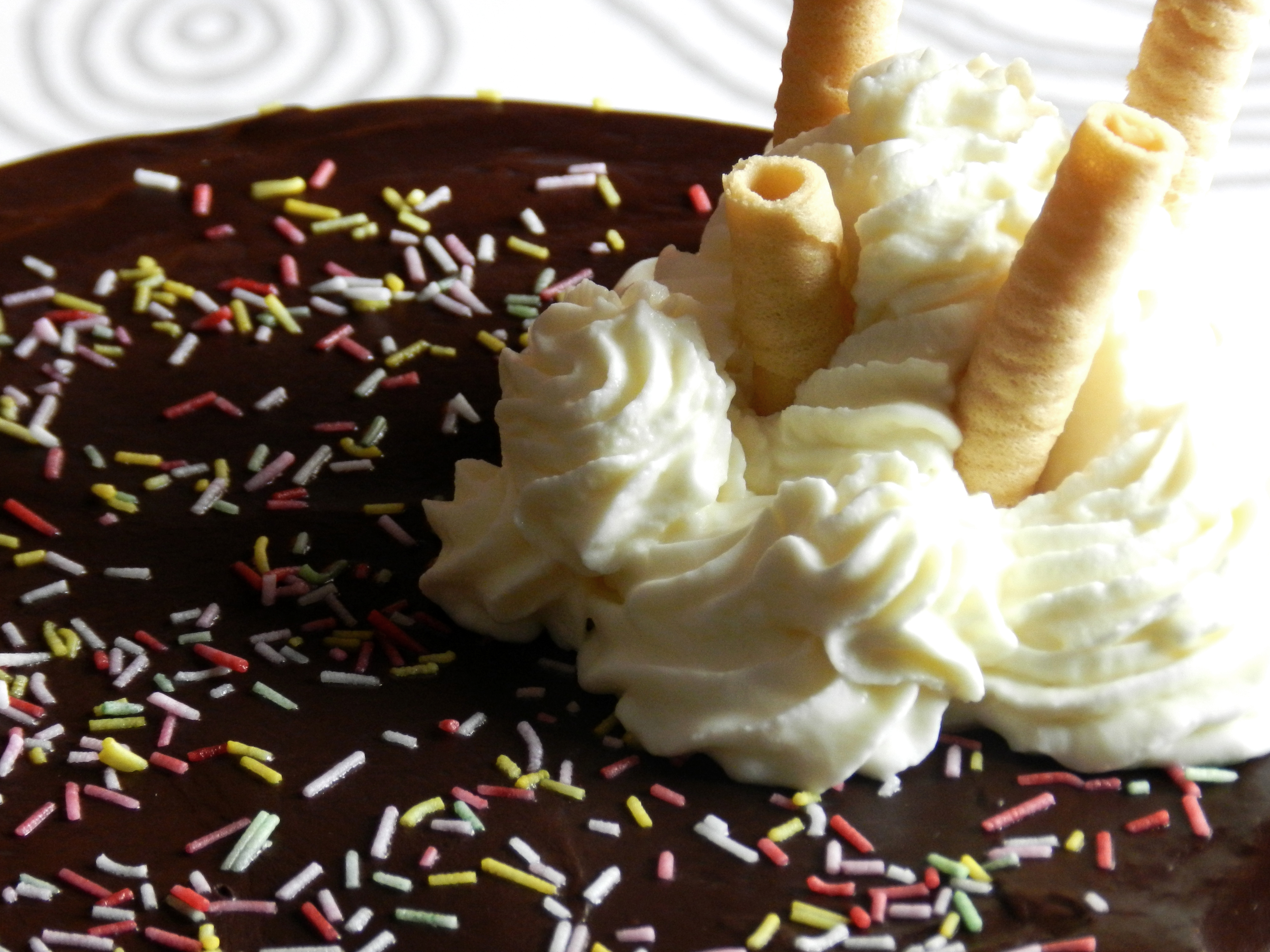 It is now time to give it the final touches. I added some sprinkles on top because I wanted to give it some colour. Also, I wanted it to have something else so I made some whipped cream and added some wafers on top of it. 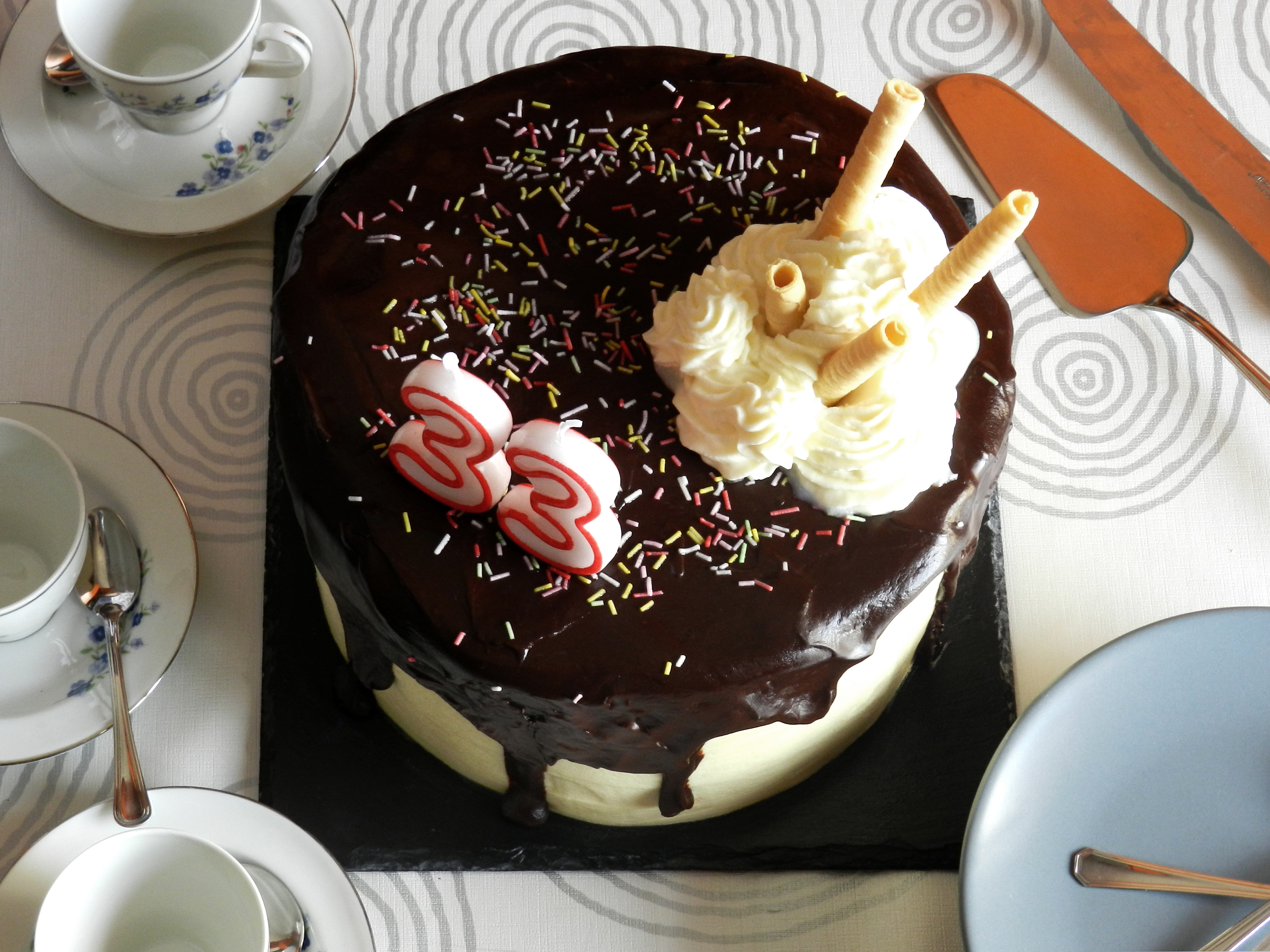 I am quite happy with the result. Everyone loved it and I must say that it was delicious! We had it with some coffee and tea and enjoyed the afternoon. Also, if I make one again I’ll try to make it smaller because it was too big for us. 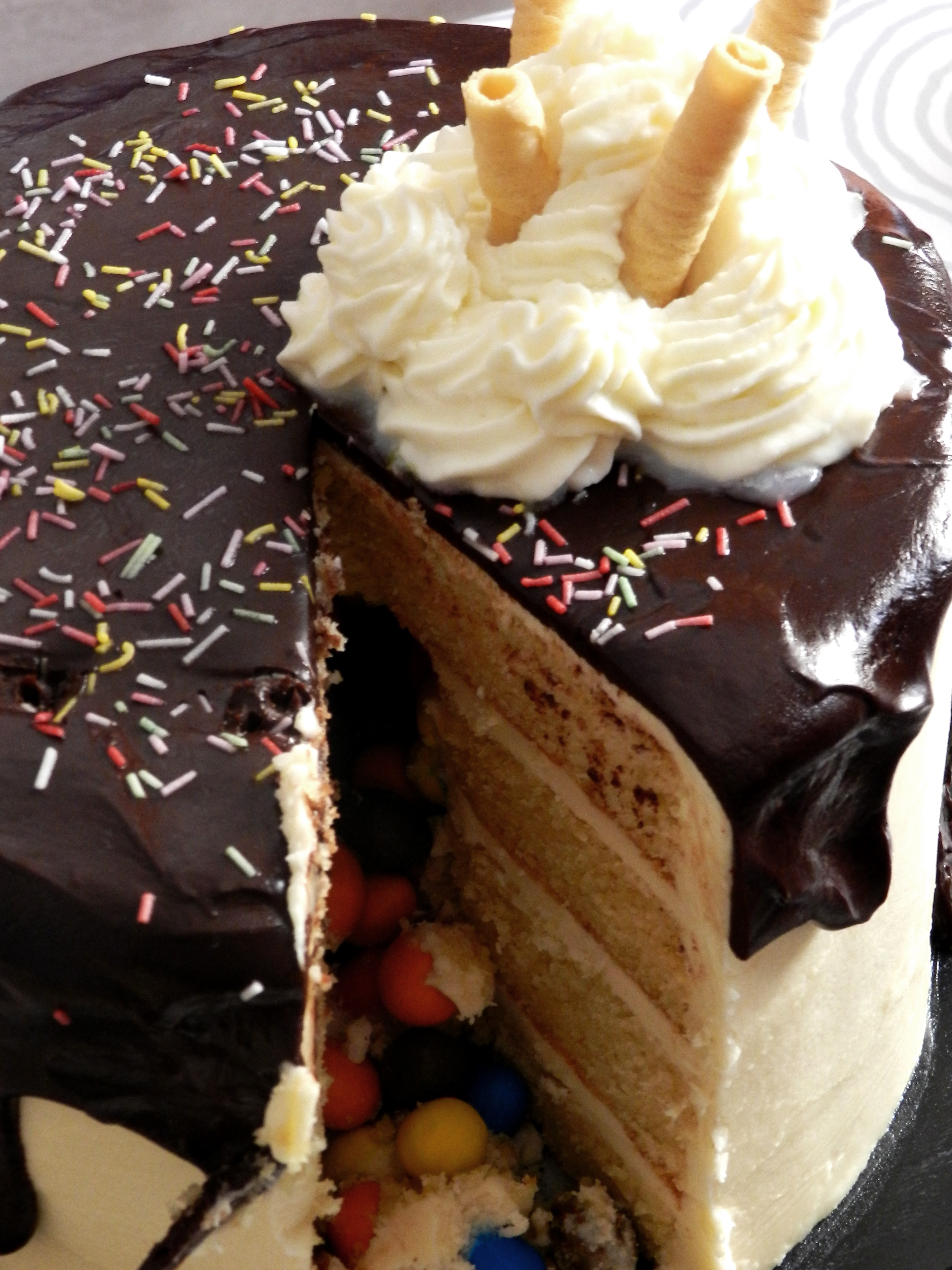 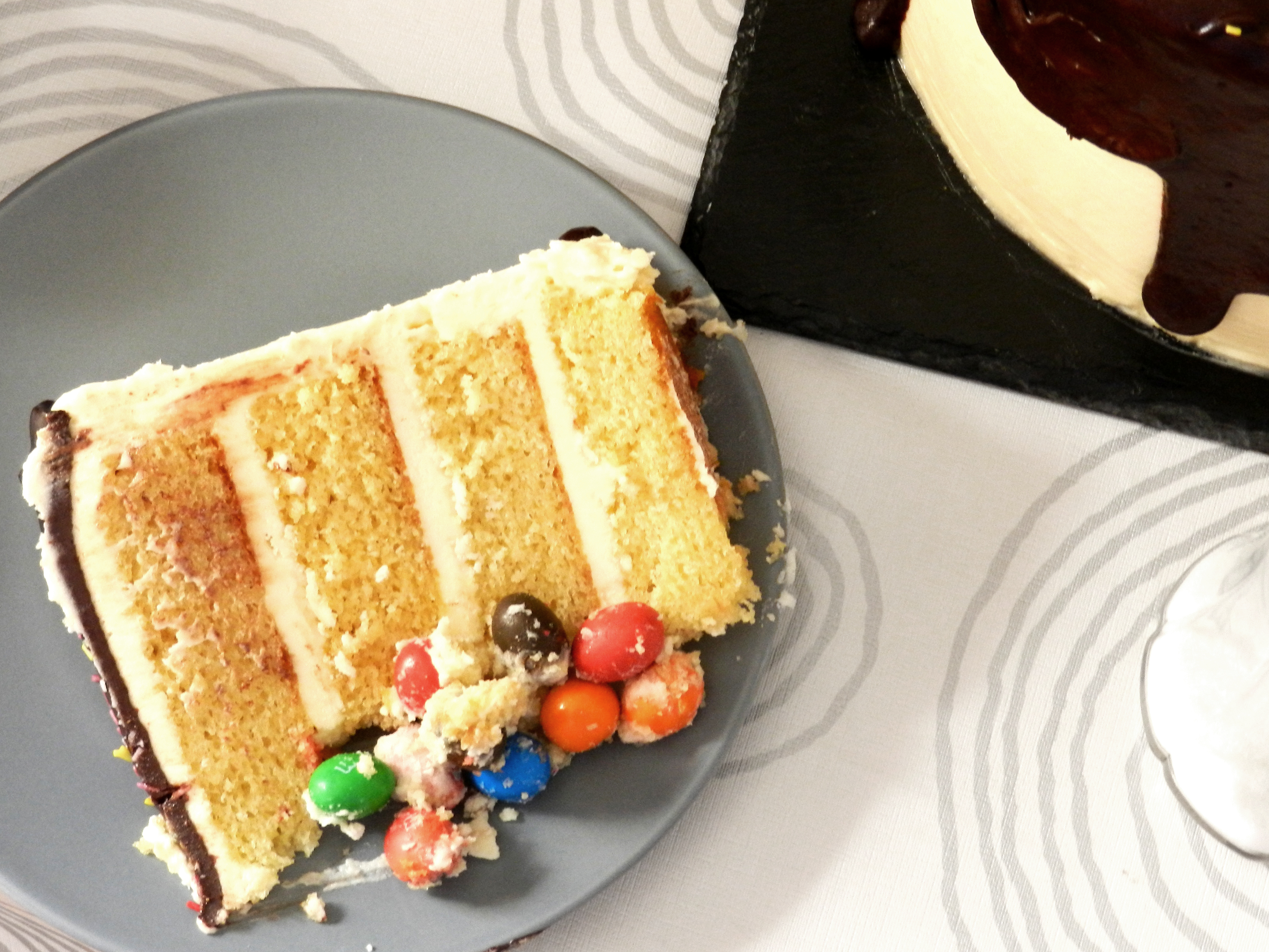 Let me know what you think of it and if you have ever made a similar cake. I still have a lot to learn, that’s why I’d love you to tell me how I can improve it. It would be awesome if you could share with me a good ganache recipe too!