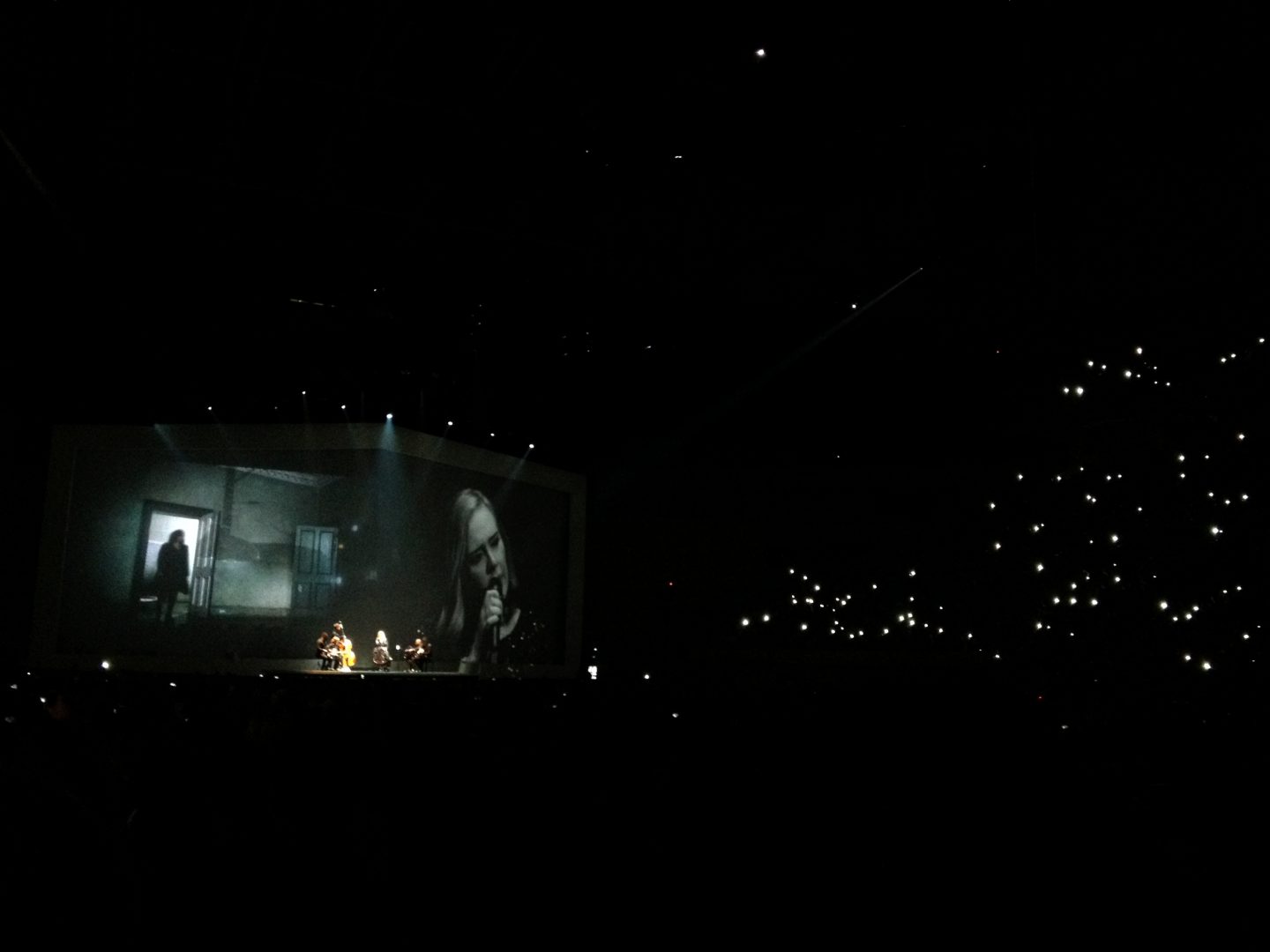 In 2011 I discovered someone who is very important to me. I discovered Adele. I had already listened to some of her songs, but it wasn’t until April 2011 that I really got interested in her music and, more importantly, in her. I can be considered a Daydreamer, which is how the fandom is called, although I’d rather consider it a family more than a fandom.

Her music is one of the best things in this world, but what I really love about her is her personality and the way she is. She is a down-to-earth woman, especially after giving birth to her lovely son. As I love her so much, I was very excited about going to one of her concerts in Barcelona. It was an amazing experience, and I want to share it with all of you today. It is going to be a long post and it will contain a lot of photos. Also, if you want, you can check some videos on my Instagram.

I remember I had an exam the day the tickets went out for sale. I was really scared about it because I knew the tickets were going to sold out very fast. Fortunately, I could get my tickets after queue-ing online for two hours in one of the corridors in my faculty. It wasn’t the best one available, but I am still very happy about the seats I had. 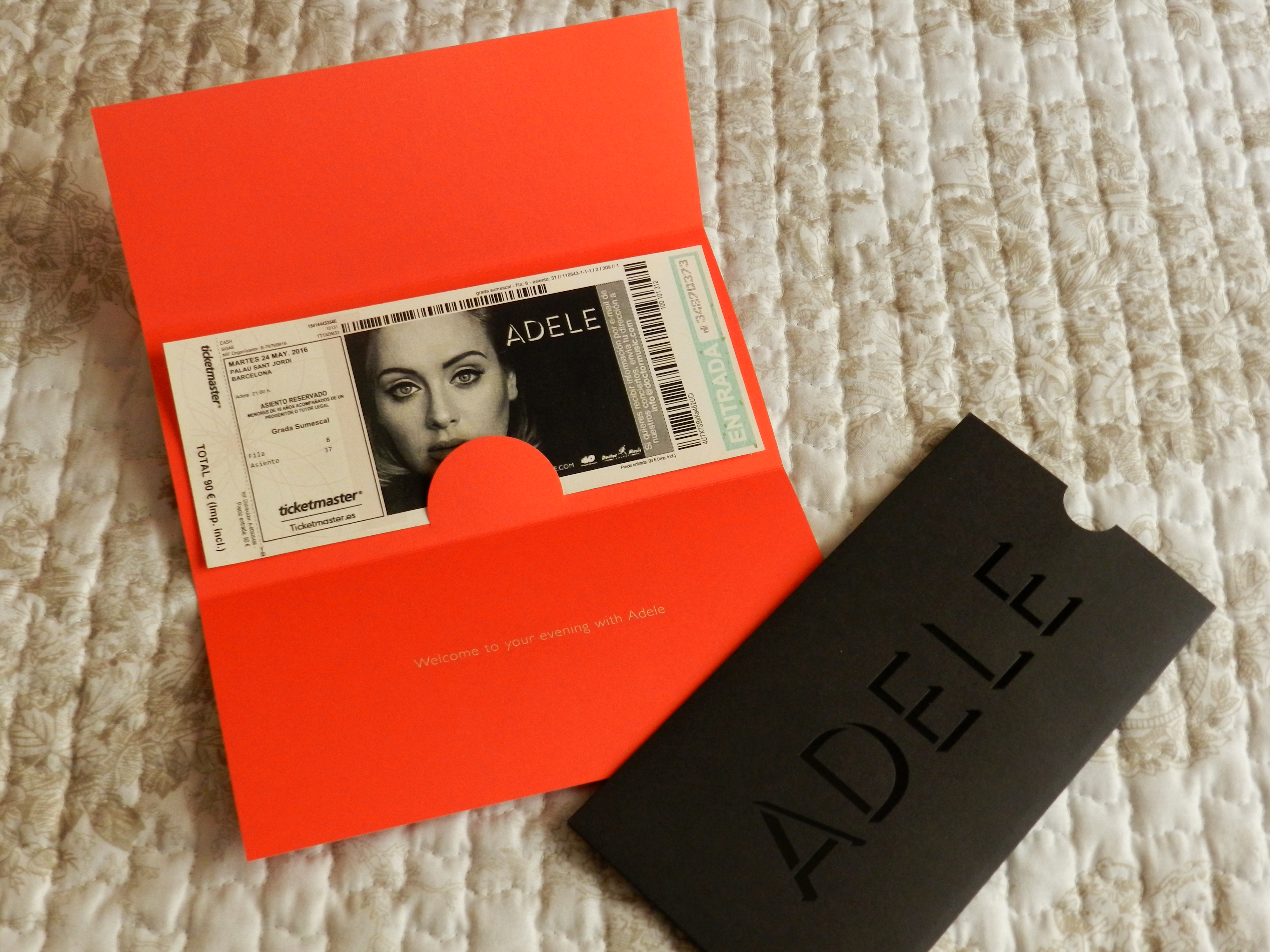 So I bought the tickets, but then I had to wait for them to be delivered for a long time. I couldn’t wait as I was far too excited. The day I found the letter with the tickets inside in my letterbox I couldn’t even believe it. It was such an amazing day as I was the happiest person in the world. I opened it and I will always remember what I felt reading the “Welcome to your evening with Adele” written on it. Also, can we talk about how cool the “packaging” of the tickets is?

Then I had to wait a little bit more. The last week before the concert I was a bit nervous, especially the day before. However, I was quite relaxed, maybe because I couldn’t believe I was going to see her live. 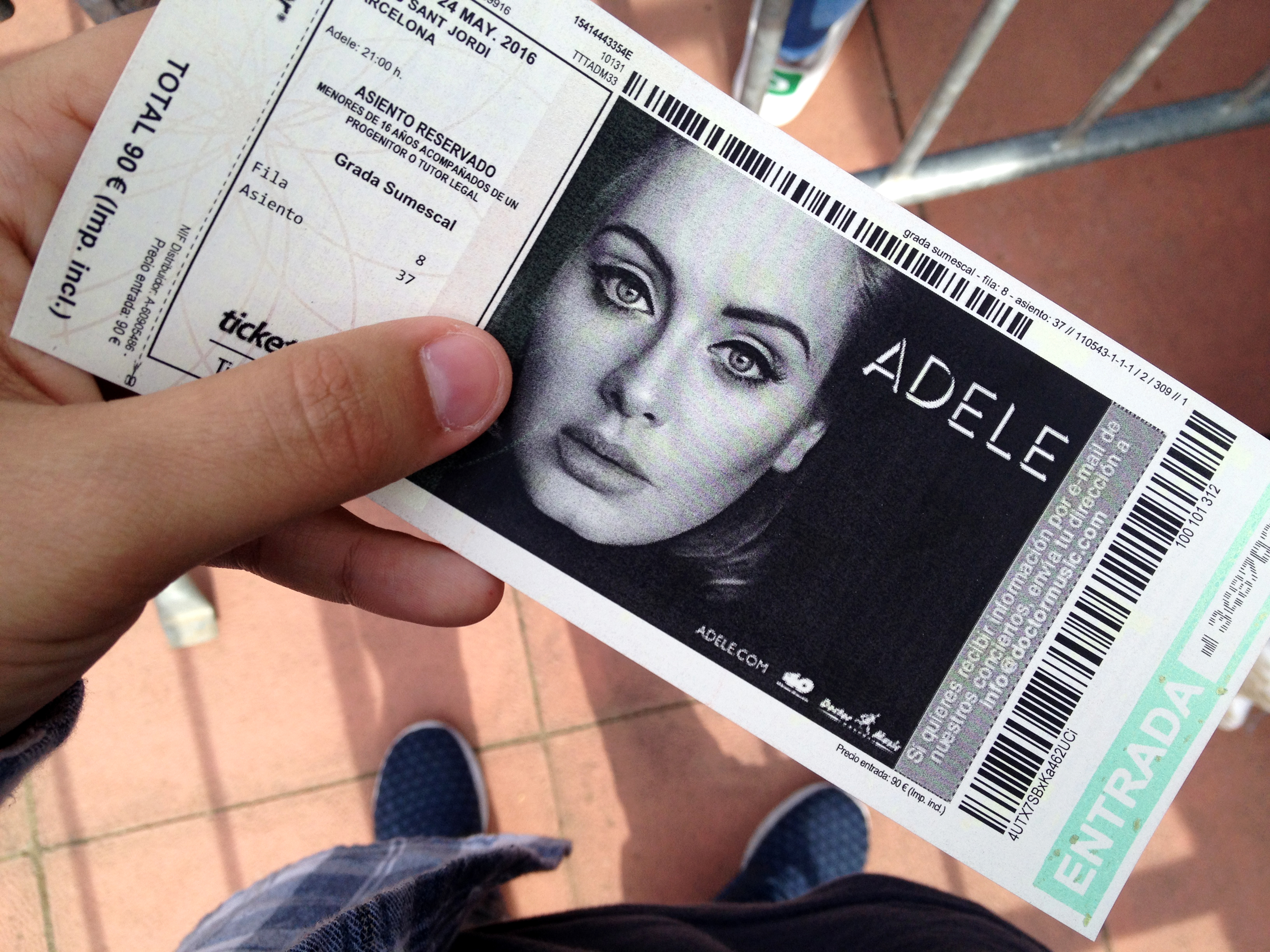 The long-awaited day arrived. My mind couldn’t focus and some people noticed that. I had an exam, and then I went to Barcelona with my parents. We had lunch there and also went shopping before the concert, we had an amazing day. Then I decided to start queue-ing and, as I was quite early, I could hear Adele’s soundcheck. I could hear I’ll Be Waiting and River Lea playing, so she may be adding them soon (also Love In The Dark).

As soon as the doors were open, I had a look at all the merch available. I had to buy something, and I actually did. It was quite expensive, but totally worth it (at least for me, okay? Haha). I will show you what I bought later on. 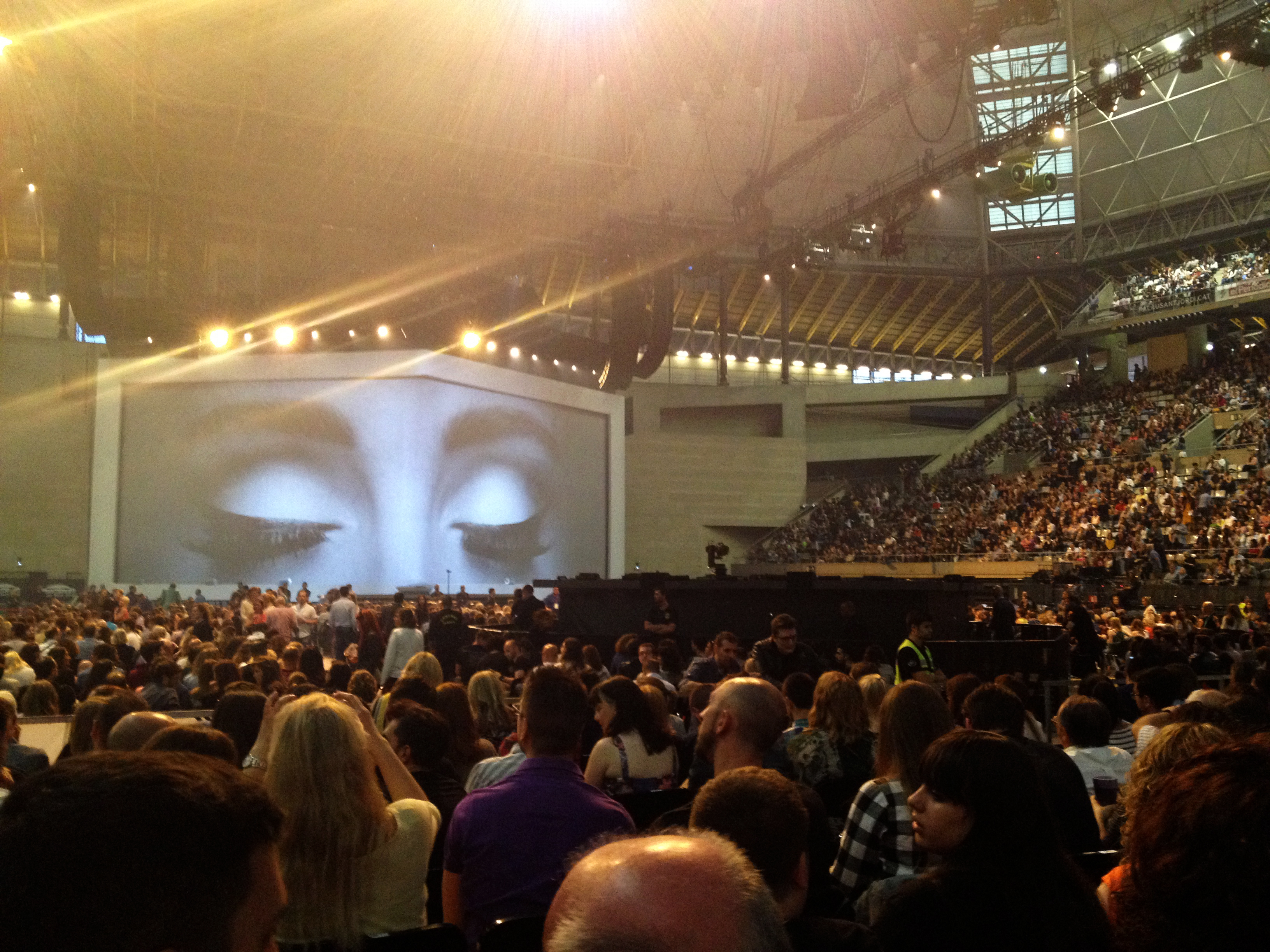 I went to my seat and I actually liked my location. It was quite near to the stage in the middle. Also, I met a few people sitting near me who were very nice. I was very VERY anxious, and I couldn’t wait anymore. Finally, at 9pm the show started. The big eyes on the screen opened and a loud, deep “Hello” sounded all over the venue. We were able to hear another one, and then she appeared on the stage in the middle of Palau Sant Jordi. It was then when the most amazing experience ever started, and my skin could feel it. 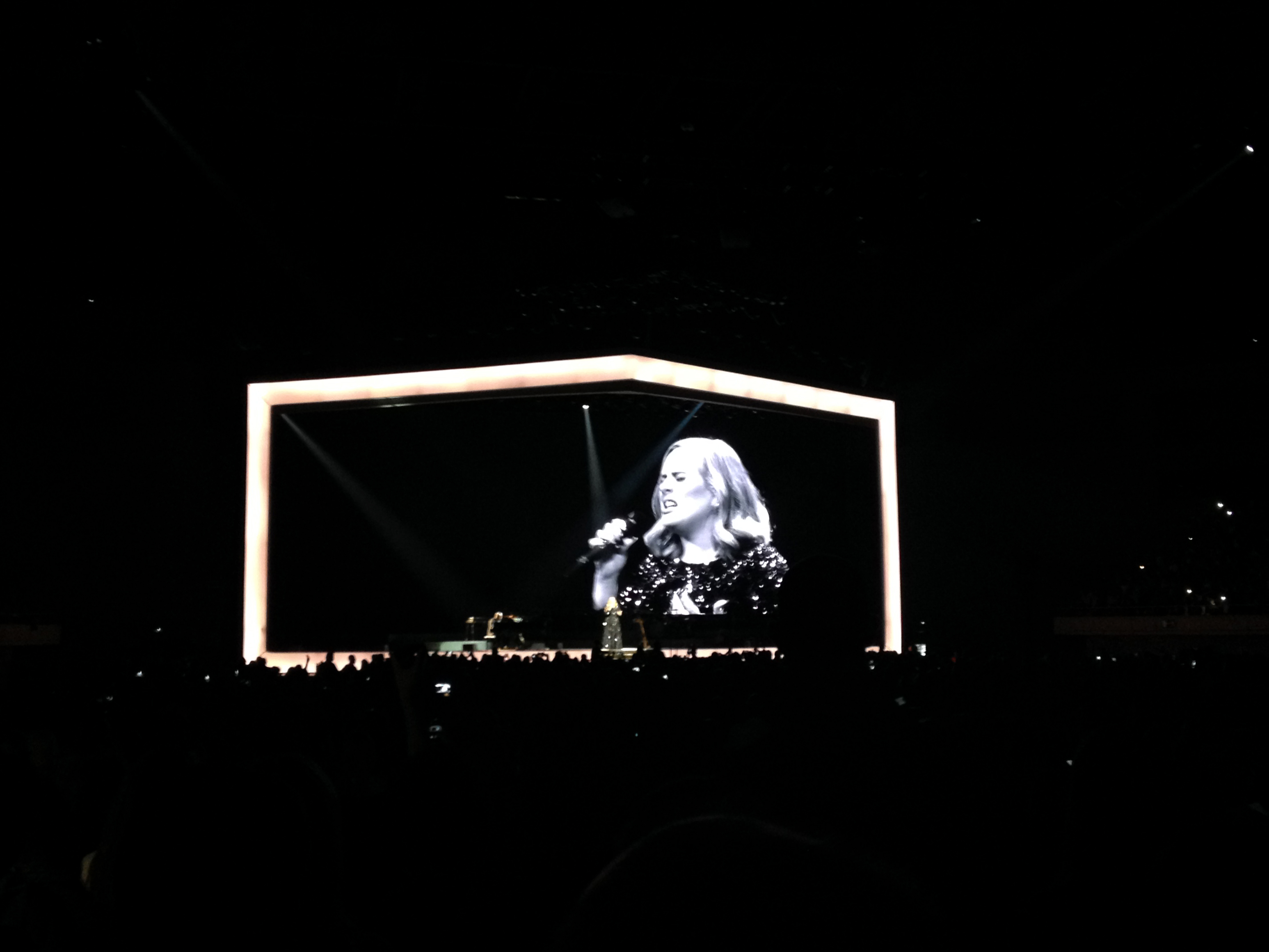 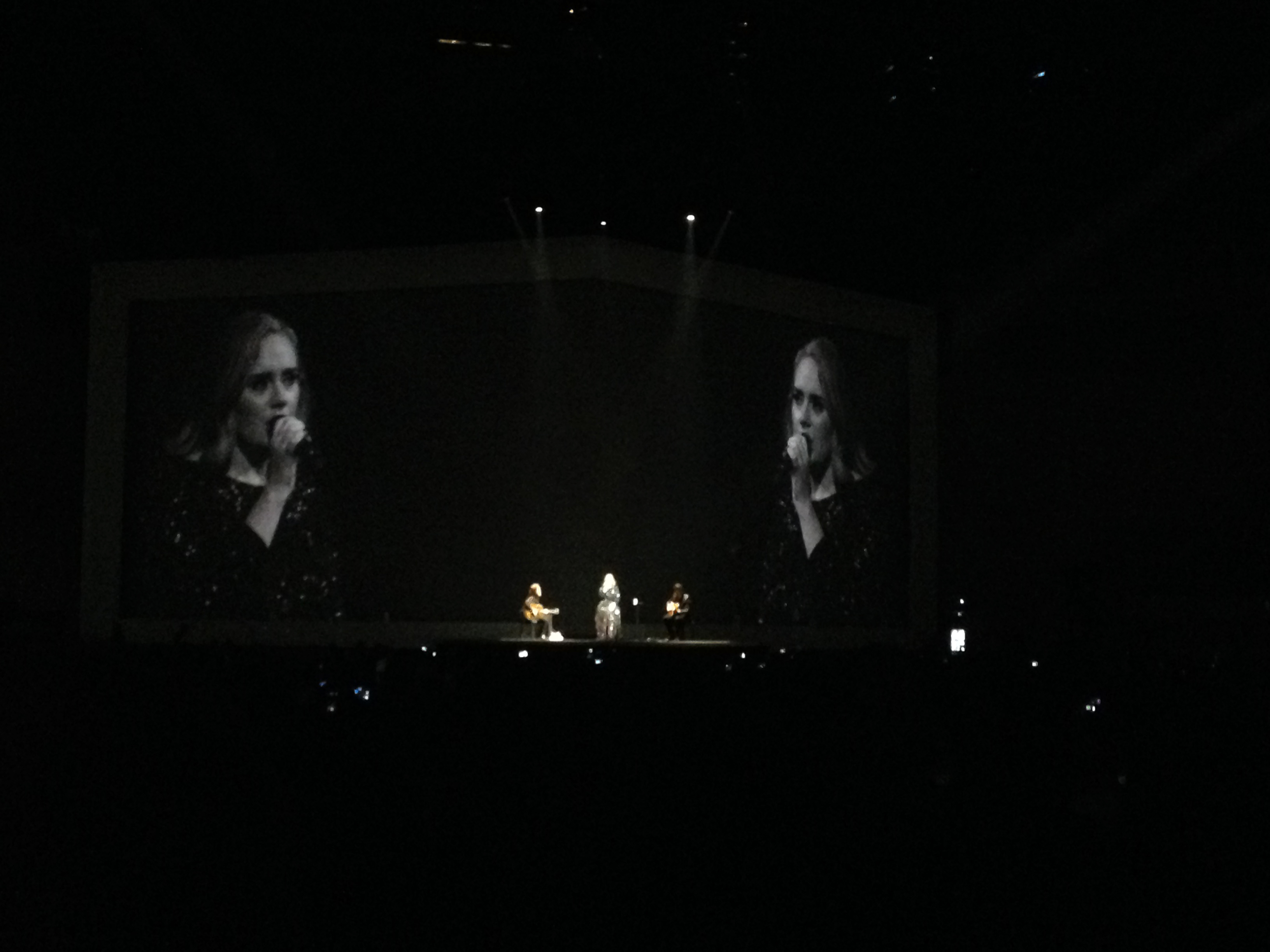 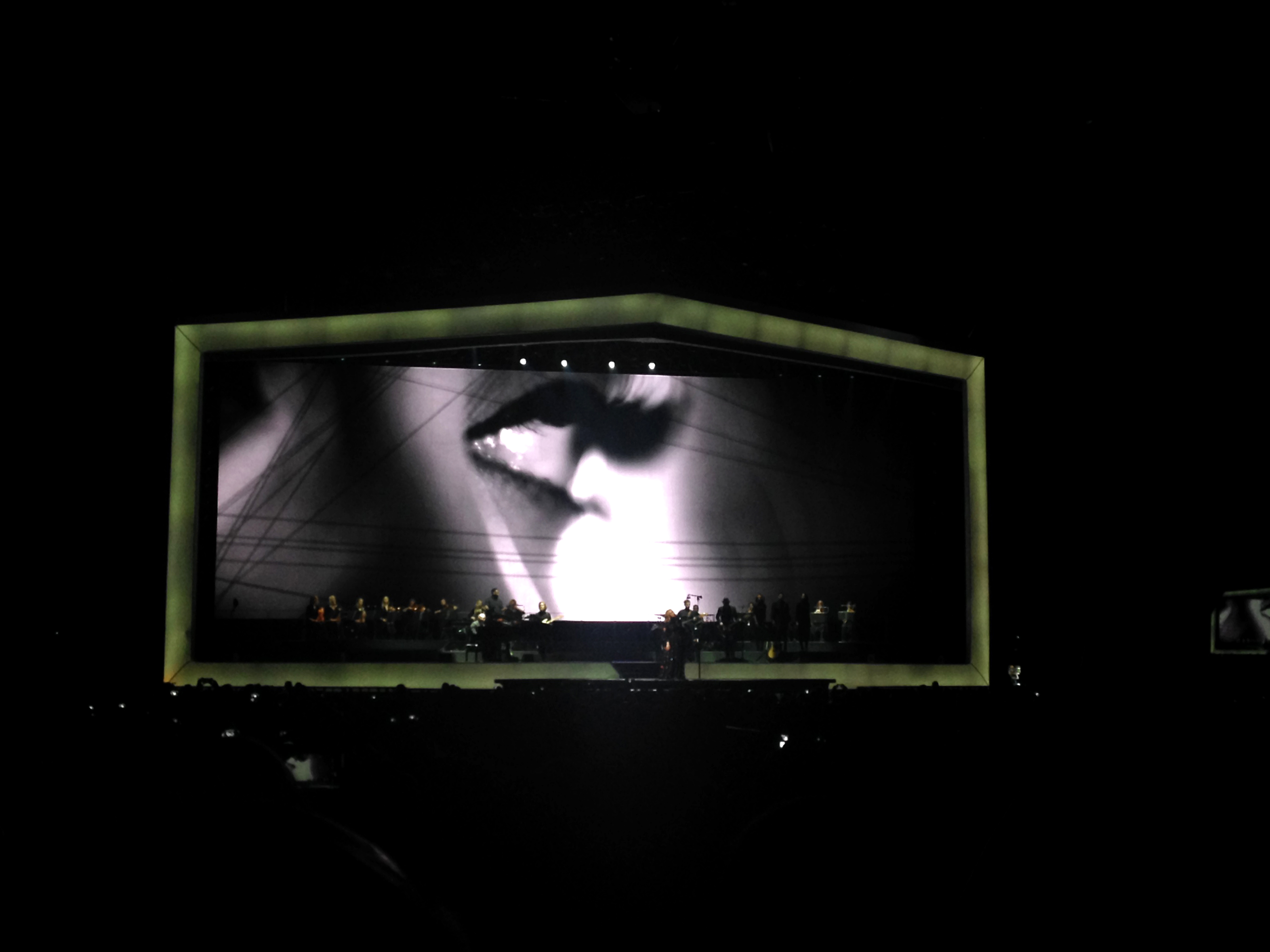 Adele is such an amazing singer. Her voice is very powerful and she sounds better live, at least that is what I think. Also, Adele LOVES talking to the people and it was something I enjoyed a lot. I thought it was going to be a bit difficult for me to understand her because of her accent, but I didn’t have any problem with it. She is very funny, and she explained some hilarious anecdotes to us.

While she was singing Hometown Glory, some images from Barcelona were shown in the background, which was very emotional. I also loved her performance of When We Were Young, as she kills that high note, and some old pictures of her are shown at the back. However, the most powerful song was Sweetest Devotion, maybe because she sings it for her son. In fact, all of the songs were amazing and I enjoyed all of them. 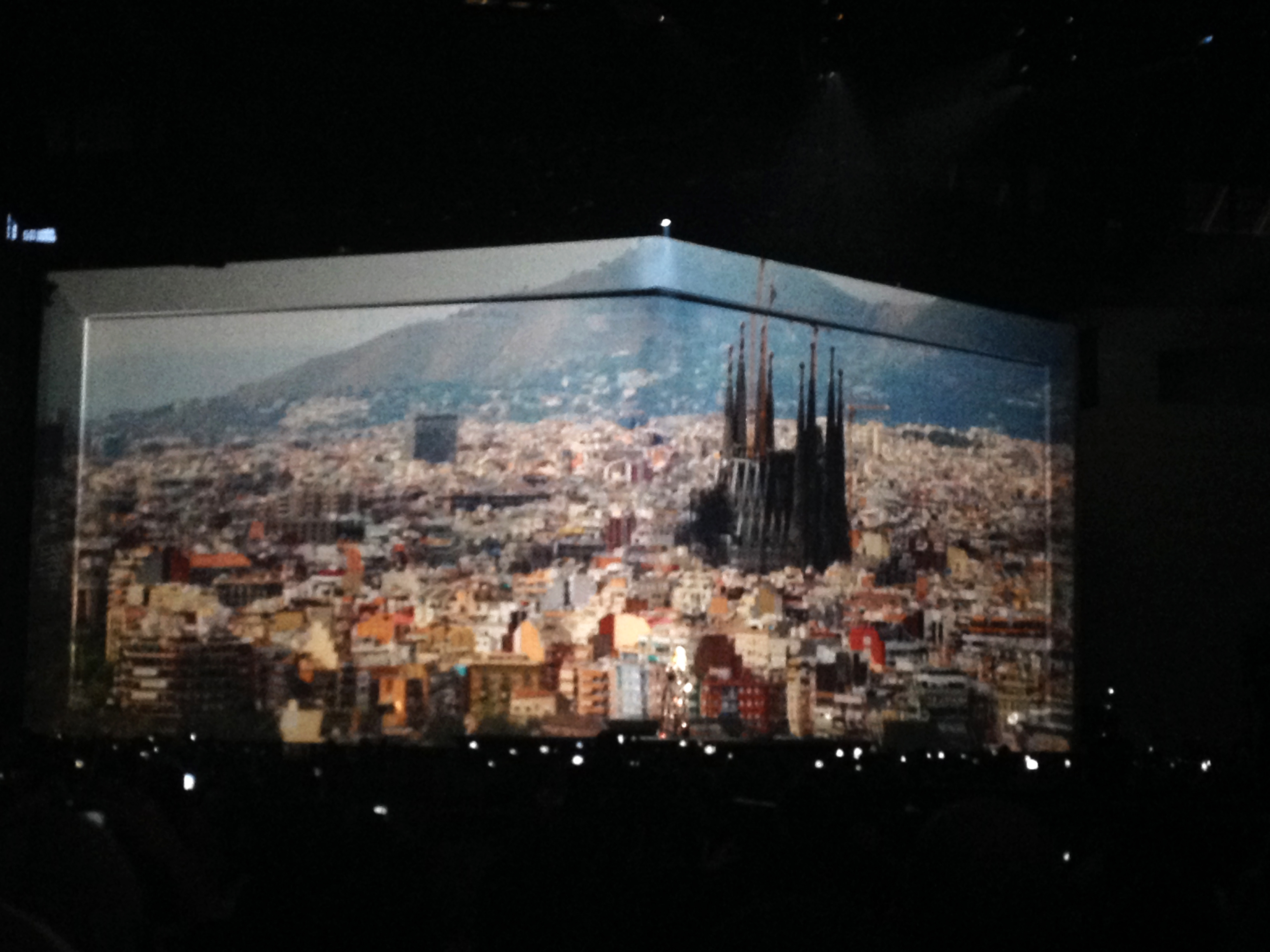 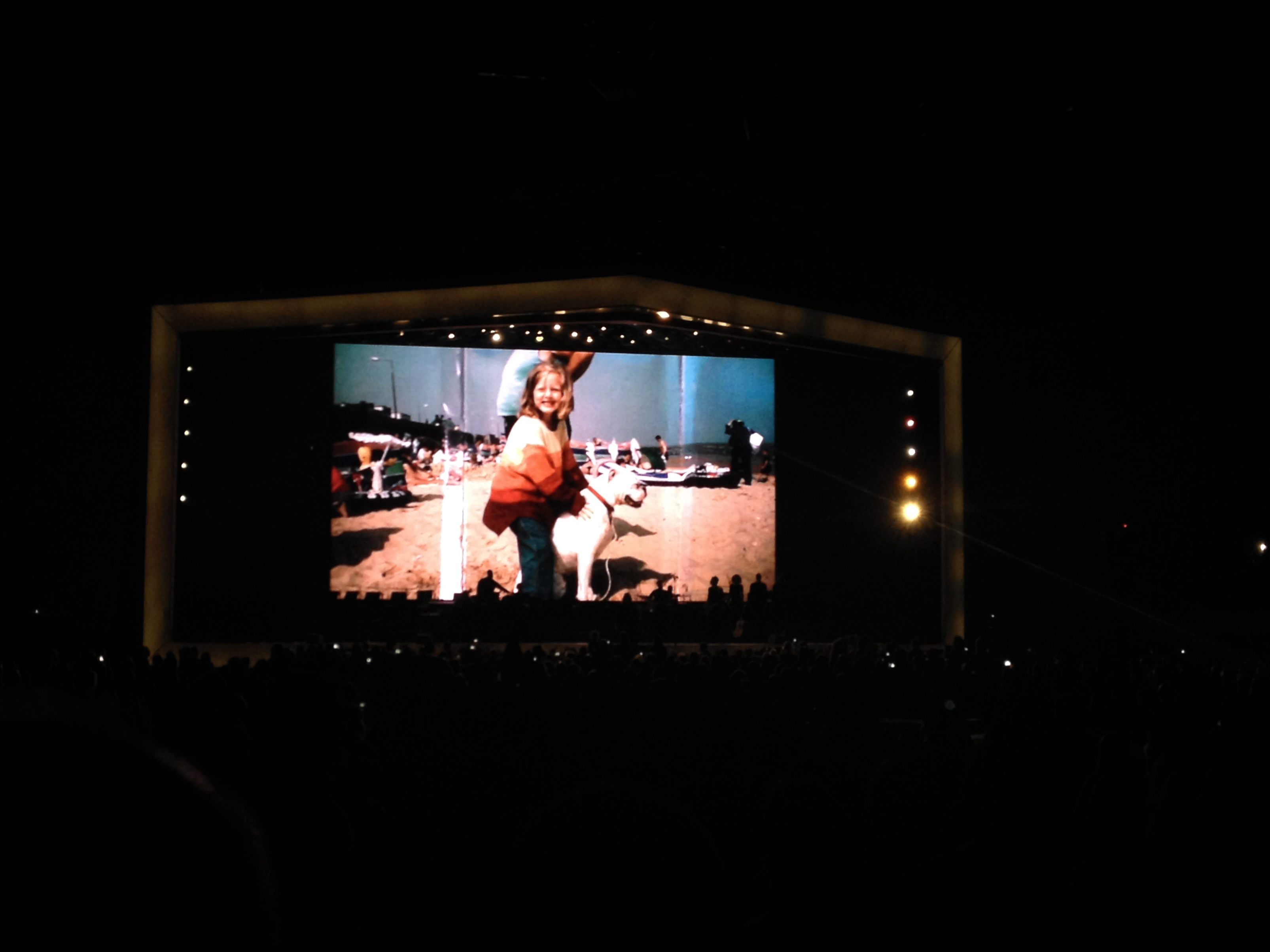 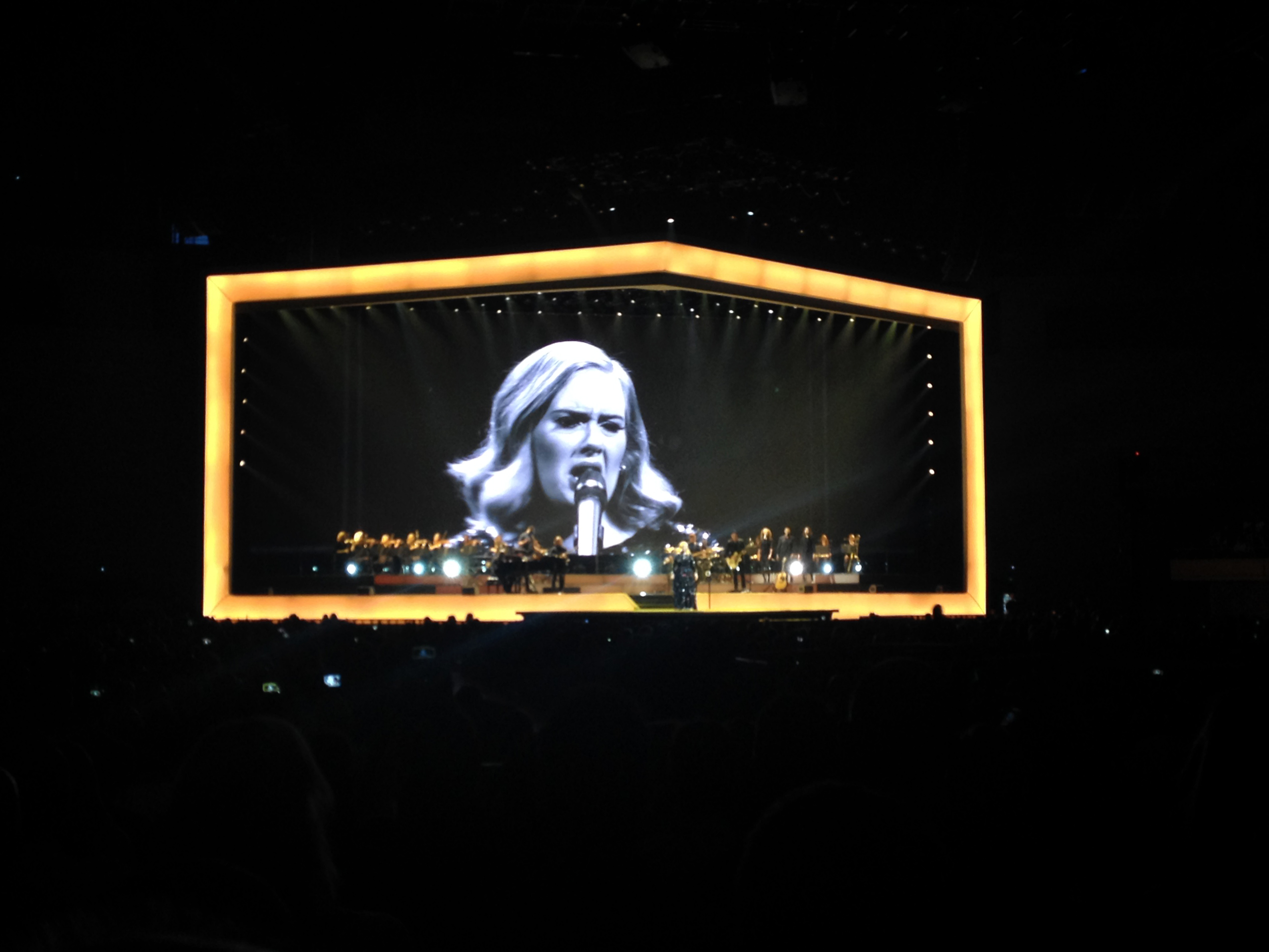 I don’t want to describe anything else from the show because I believe it is something that should be experienced in order to understand it. No one can describe what you can feel at her concert, it’s too difficult. You won’t probably be able to get any tickets for her concert as they are sold out worldwide, but I recommend you to get tickets for her next tour. Well, at least I hope she’ll do another one, as I really want to live this experience again. 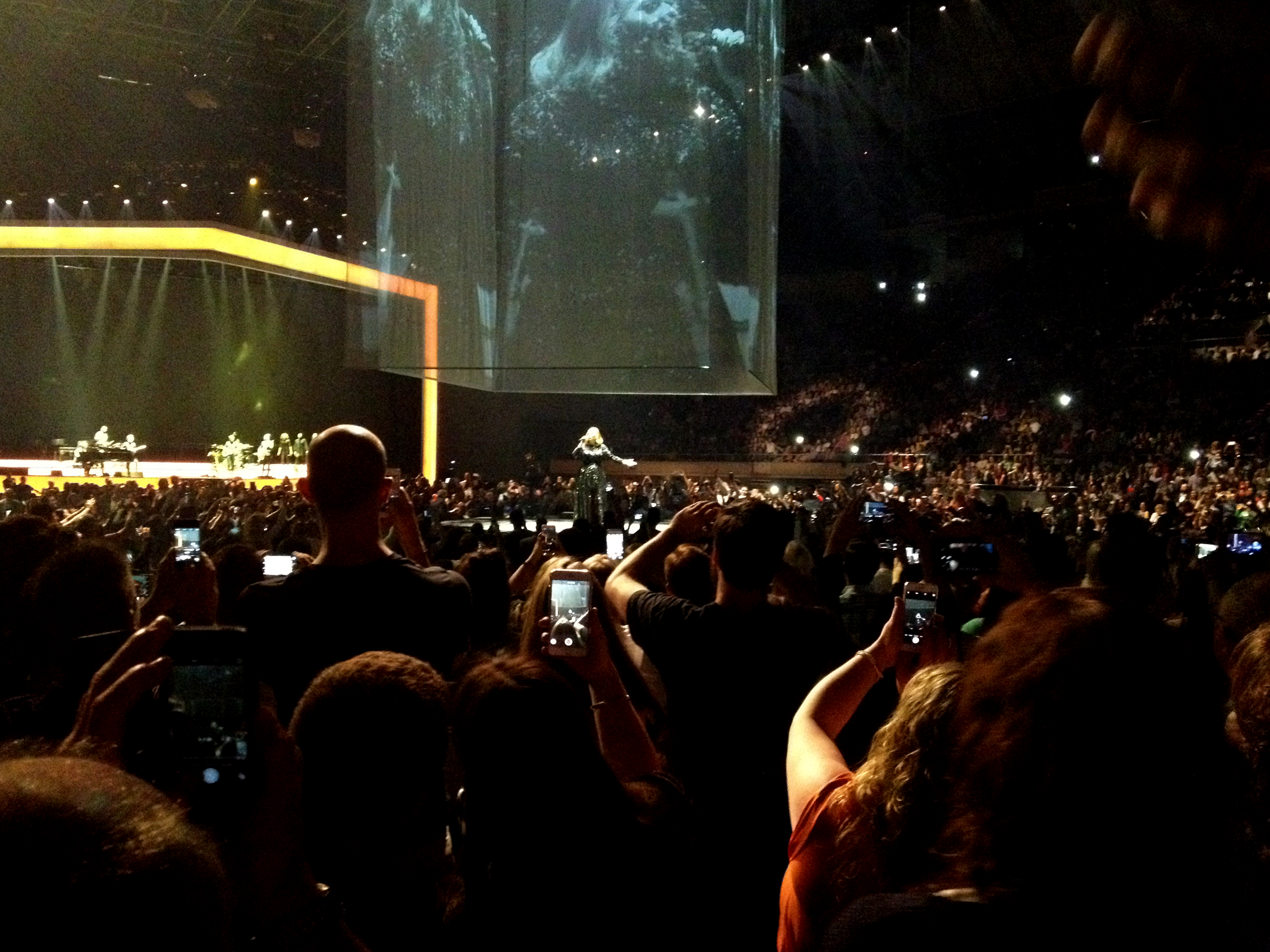 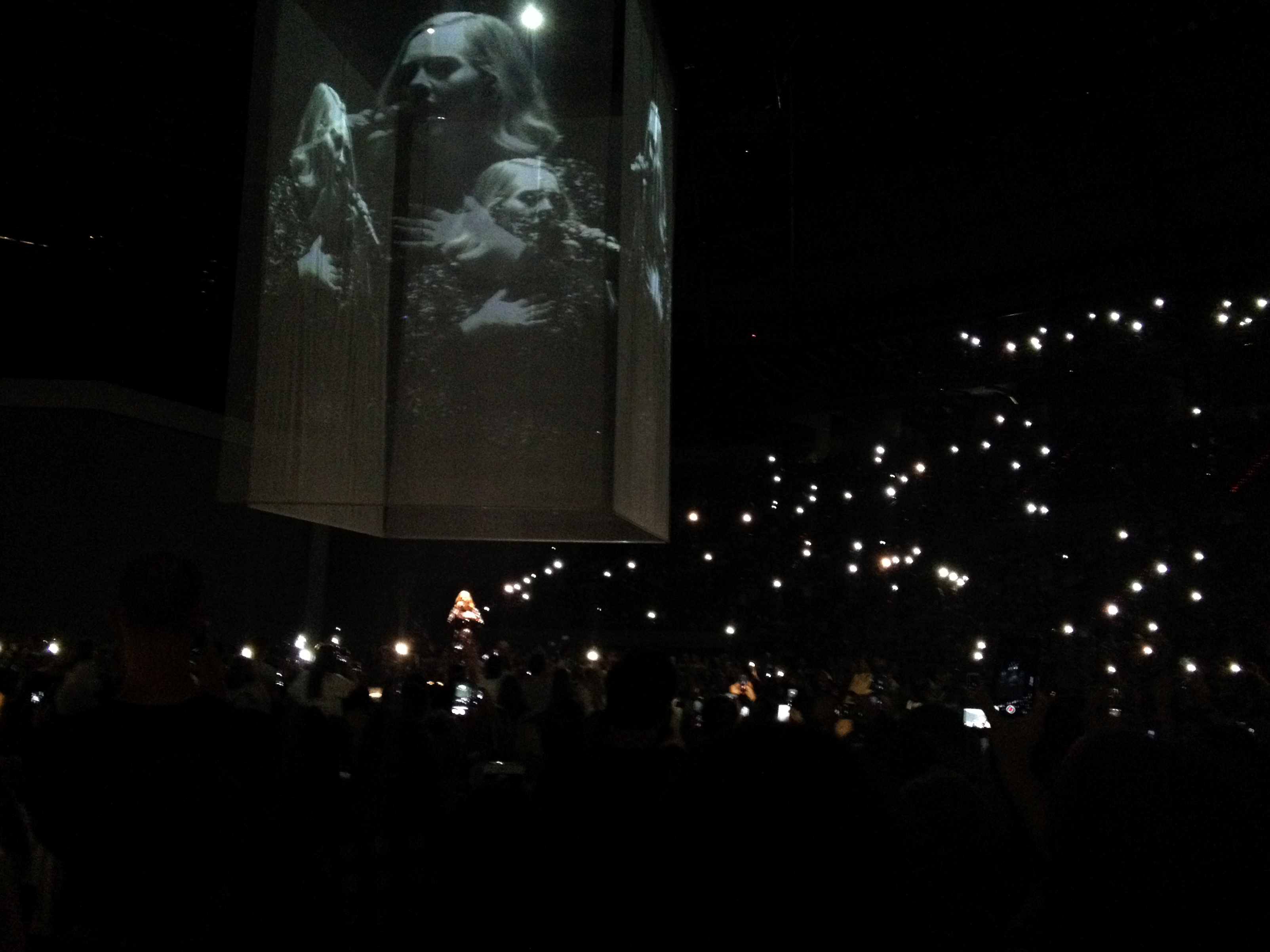 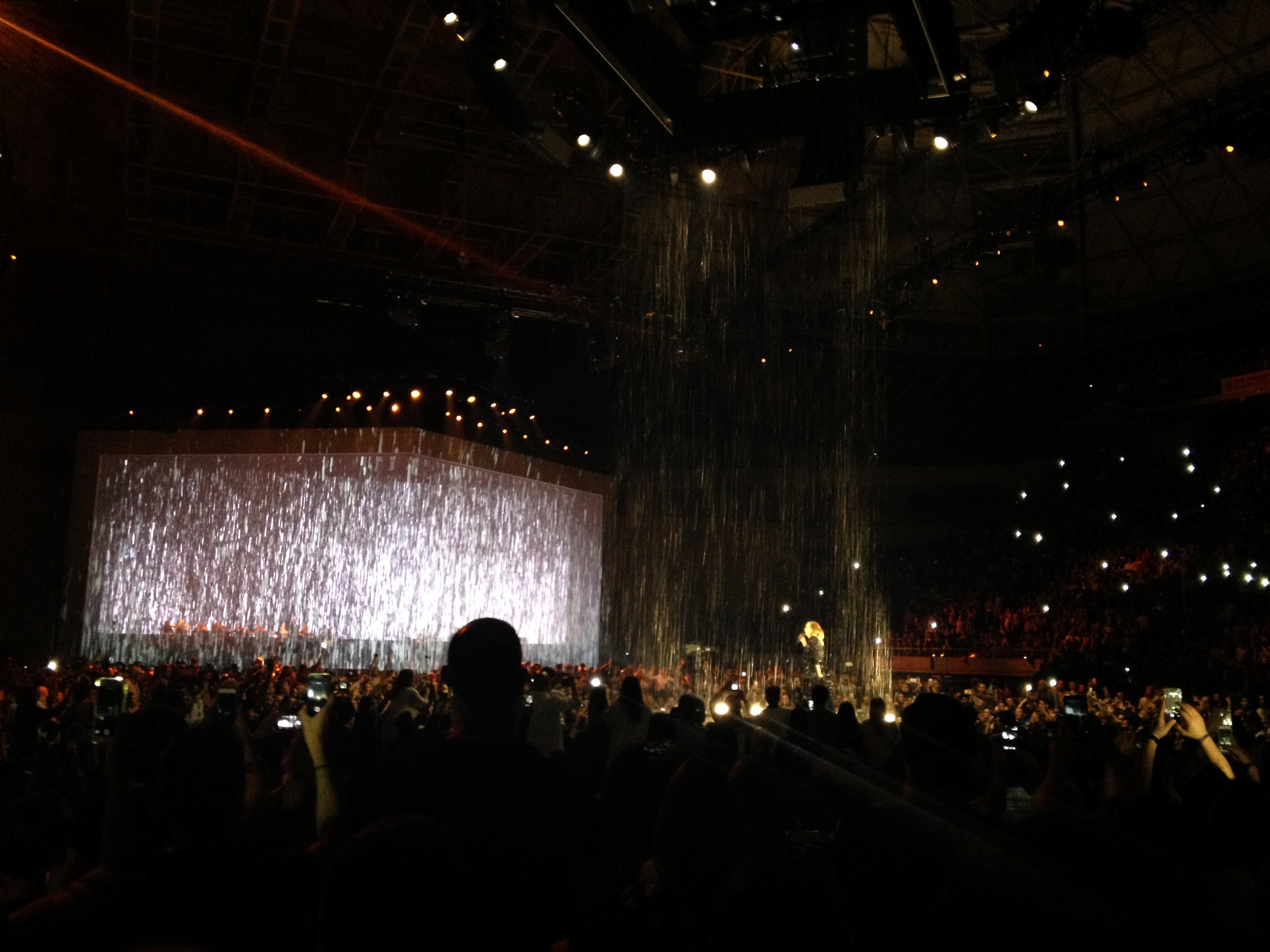 The ending of the show is amazing. Her last song is Rolling in the Deep, and at the end there is confetti EVERYWHERE, especially if you are in the middle of the arena. After the show, I met some other daydreamers I had never seen in person, which is something I will always remember although it lasted for a few seconds. When I came back home and went to bed I was still shaking, and I couldn’t believe that I had seen Adele live. I still can’t believe it. 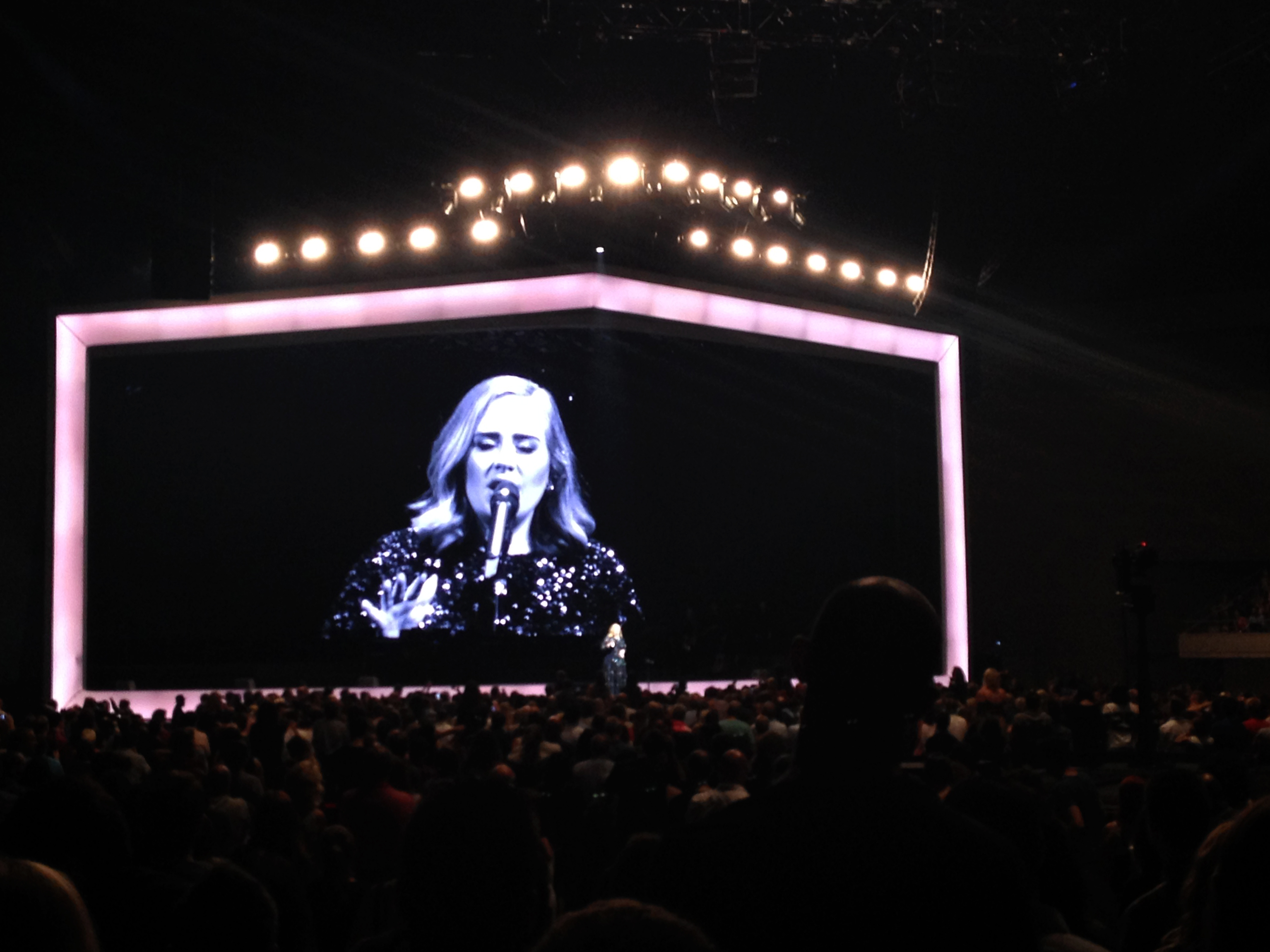 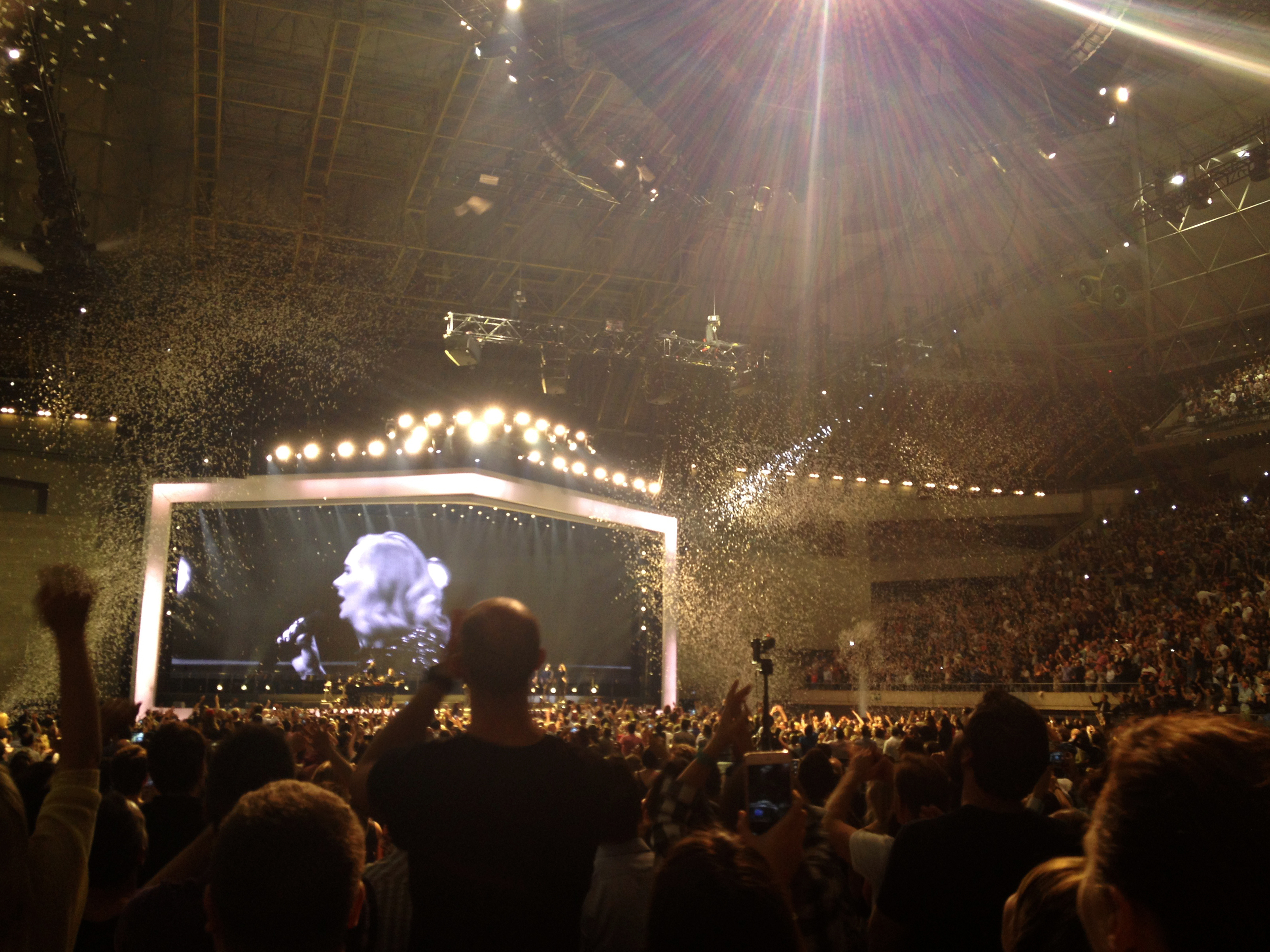 I will always remember that day, and the poster, the tour book, and the t-shirt I bought in the merch stand will help me to do so. I am in love with it all. In fact, I wanted everything from the shop but I couldn’t buy it all… Also, I will always keep the tickets and all the confetti I could get from the concert, which is signed by Adele. It all will keep these memories in my mind. 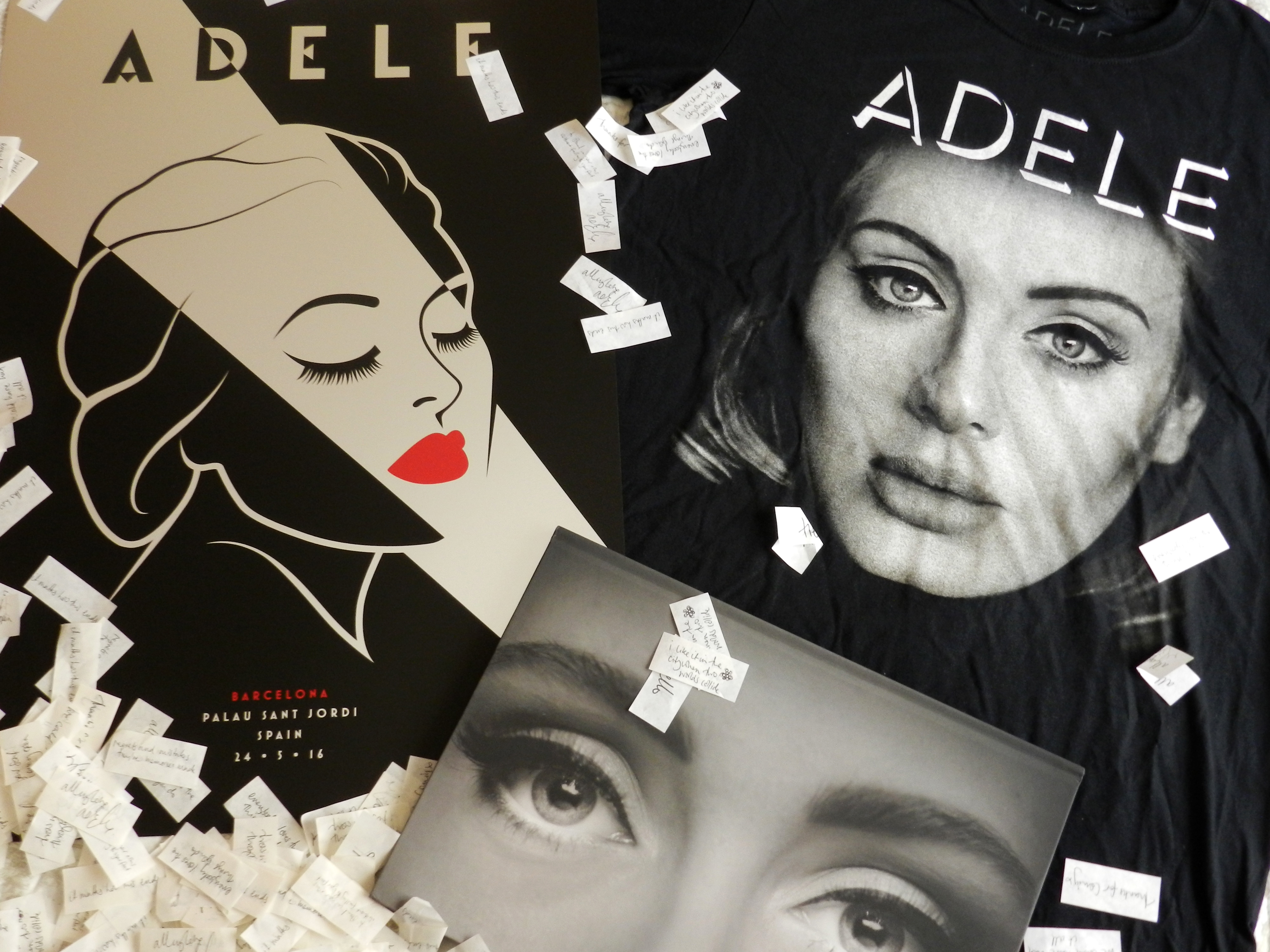 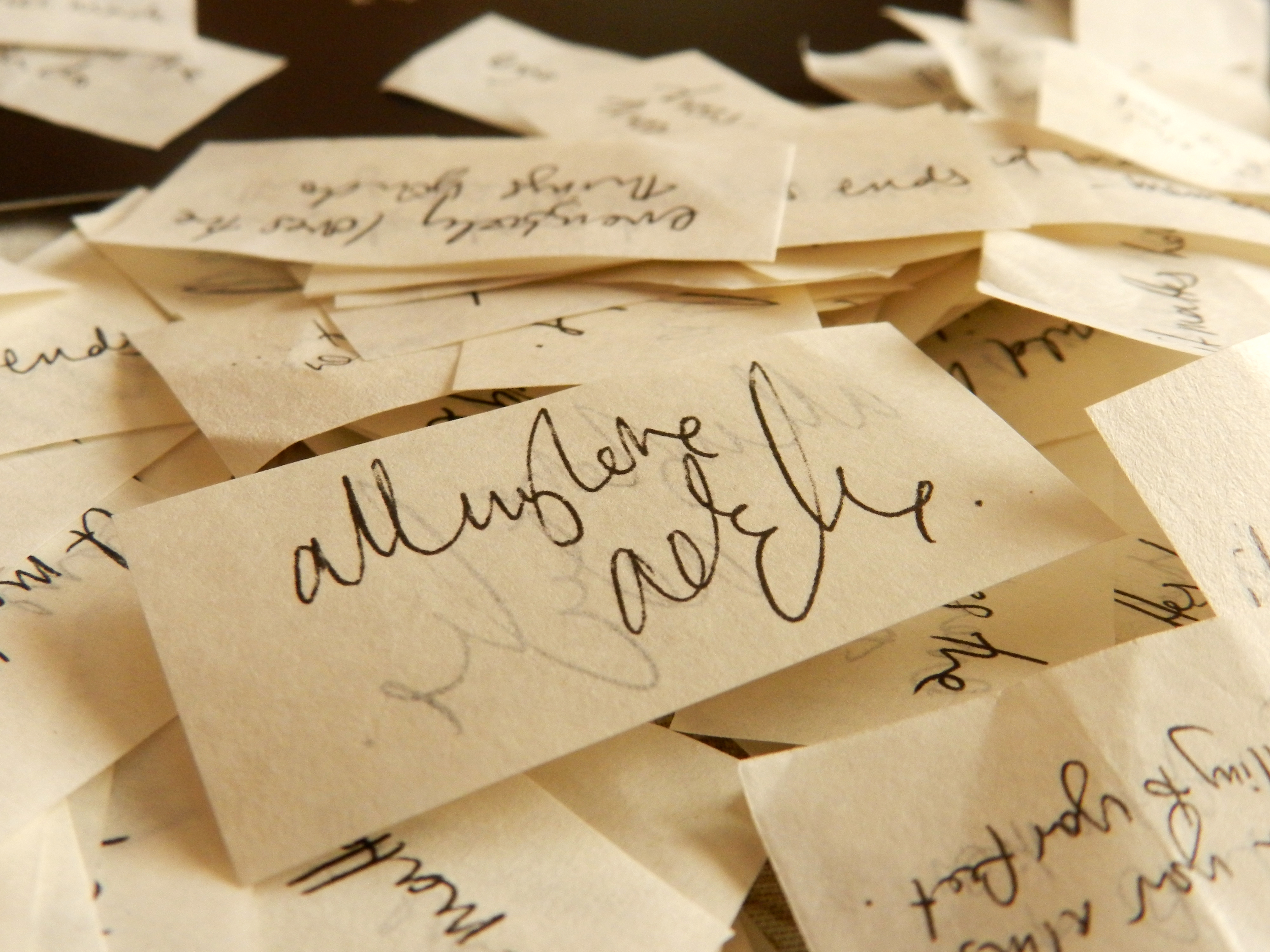 I just hope you liked this post, although I wanted to write it so that I could remember what I felt in the future. Also, I would love Adele to read this post, so that she could know how meaningful this experience was for me and how much I love her. Have you ever been to any of her concerts or will be in the future? I would love to know, as we can share our experiences.